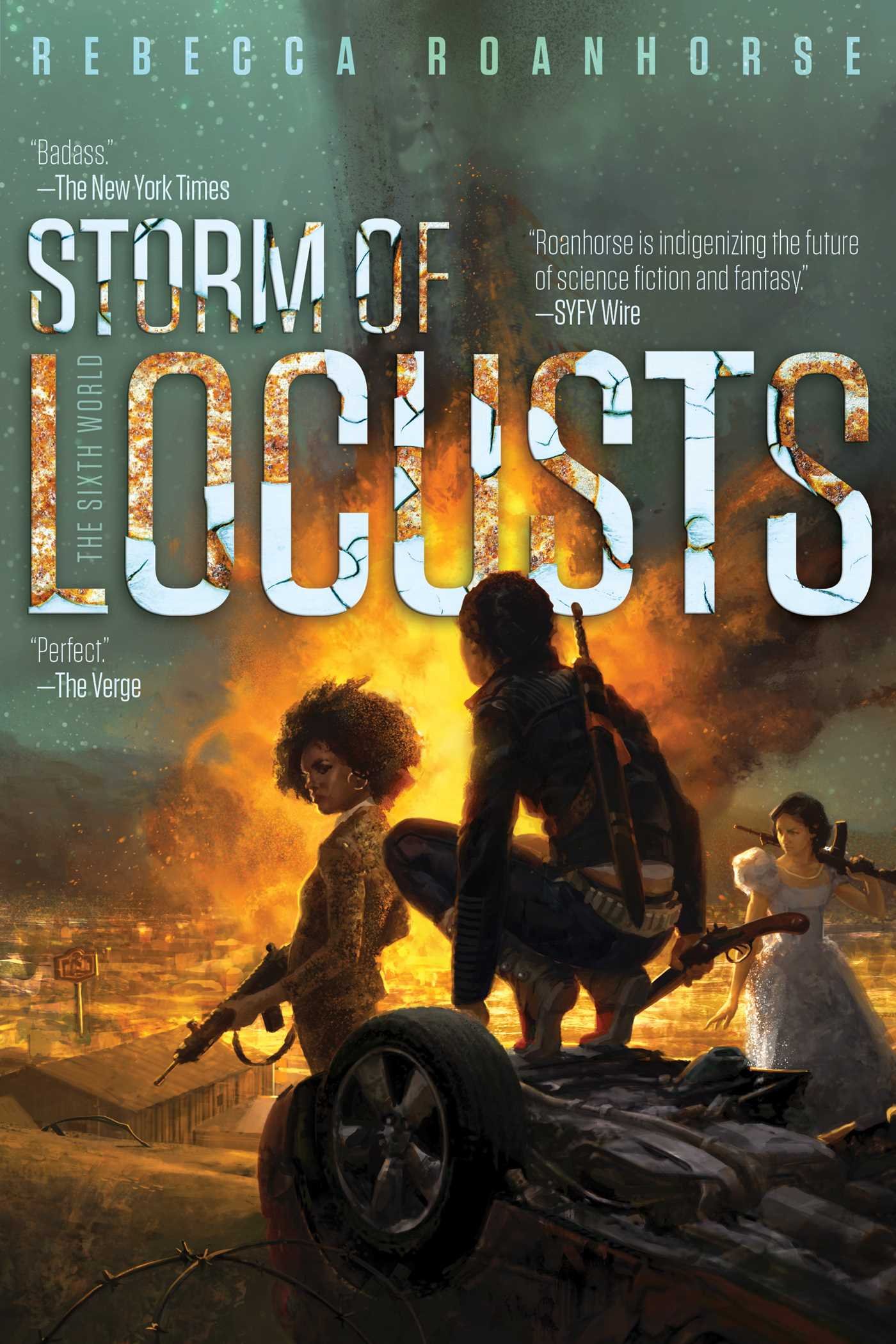 After the actions on the The Black Mesa, Maggie is trying to find a new normal while living with the sage Tah, but lost in many ways without Kai. Drawn back into hunting monsters by The Thirsty Boys, she has the same sweet and sour personality and ‘gift for violence.’ Rambling up into the mountains, they are faced with an immediate threat that needs to be stopped… but they soon find out that it is only a small part of the larger ill that is aiming to take out the people of the plain.

A deadly collection of allies joins Maggie on this mission including a young woman who she has taken under her wing. Ben has a specific clan power of blood tracking that will be of great help on their mission to find Kai and rid the Dinetah of a new villain. The White Locus is constantly adding to his swarm and Maggie must travel outside the wall, to the Malpais, to track him down.

All the fun and action of the first book is here in Storm of Locusts. Maggie is one of my favorite characters of late. She’s gained some wisdom and humility, but some things thankfully do not change. My only criticism would be that the villain is not as fleshed out as I may have liked, but that is pretty minor, because the real focus is on the ones he manipulates to bring over to his cause.

Roanhorse leads the readers high on a tight rope of friendship, gods, and tricksters. This is a series not to be missed, and here is a sequel that serves as an ideal advancement of Maggie’s character.

Thank you to Edelweiss, Simon and Schuster, and the author for an advanced copy for review.

16 thoughts on “Storm of Locusts by Rebecca Roanhorse”