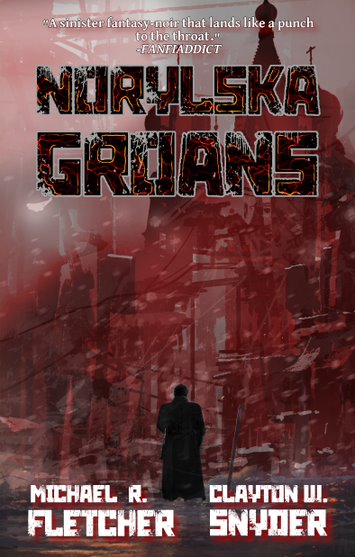 To Whom It May Concern:

My name is (checks blog name) Paul and I’m here today to give you some important information about this new book Snyder and Fletcher are peddling. Norylska Groans is a dangerous book. It may cause any of the follow: muscle twitches, swollen ankles, foul-smelling feet, and painful itching around the eyes. All brought on by hours staring at the pages of this book… unable to put it down.

Three pieces of of evidence point to this issue:

Gen is willing to take the risk of criminality to ensure his family has what it needs… and Kat thrown into the gutters to try to weed out the evil of the crime syndicates.

By the power invested in me by my little blog… I declare this book RAD! But dangerous… so very dangerous!!!

Thank you to the authors for an advanced copy in exchange for an honest declaration.