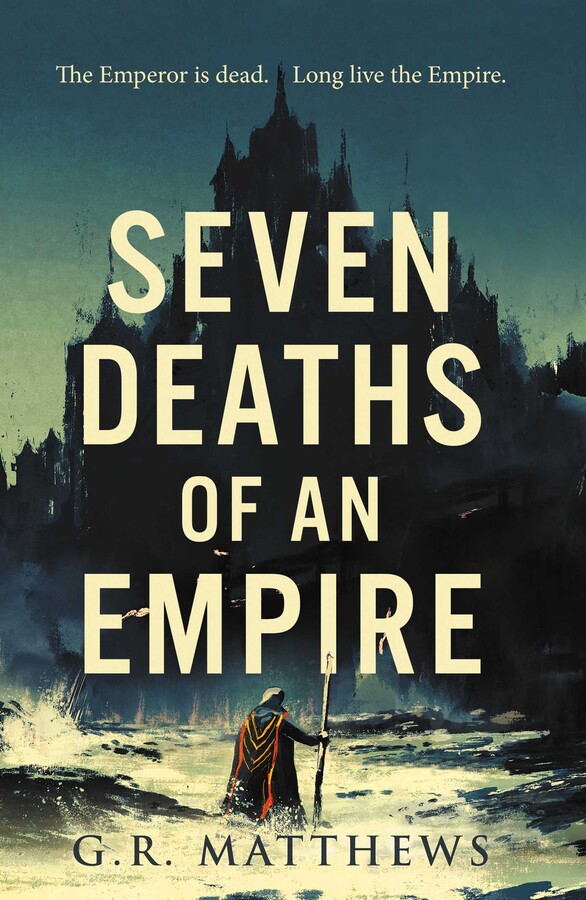 A blood-stained, Roman inspired fantasy that captures the grittiness of so many of my favorite series.

A legendary general trying to teach the Emperor’s heir the basics of governing. Yet, arrogance and ego stand in the way of true service to the kingdom… General Bordan has quite a job on his hands.

An older Magician and his young apprentice are tasked with protecting the Emperor’s dead body as it makes its way back to the capital for burial rites and the succession. There will be much experience gained as tribes in the forests try to delay the mission. Young Kyron will be counseled, but when the opposition throws their own Magicians at them, the only escape is mastering his skills.

I spent a week immersed in Matthews’s world… ducking arrows, dodging spears, and designing spells in my head. Wandering across the continent on a dirt track meant for a couple old wagons to get to market… Holed up in the castle, scared of the rebellion brewing.

A couple things to expect from this novel:

A fantastic magic system that is tested in battle after battle. That’s not something that I’ve read in a long time… The pressure to repeat the spells in exactitude repeatedly in order to be an integral part of the battle. Loved this!

A series of twists that feels like a wave crushing you on the beach… only to have the undertow pull you back out and have it happen again and again!!

The exploration of the world and its cultures didn’t end on page 50, but continued to be examined to the last page.

An excellent piece of grimdark fantasy!

Thank you to Rebellion Publishing and the author for an advanced copy for review.

2 thoughts on “Seven Deaths of an Empire by G.R. Matthews”