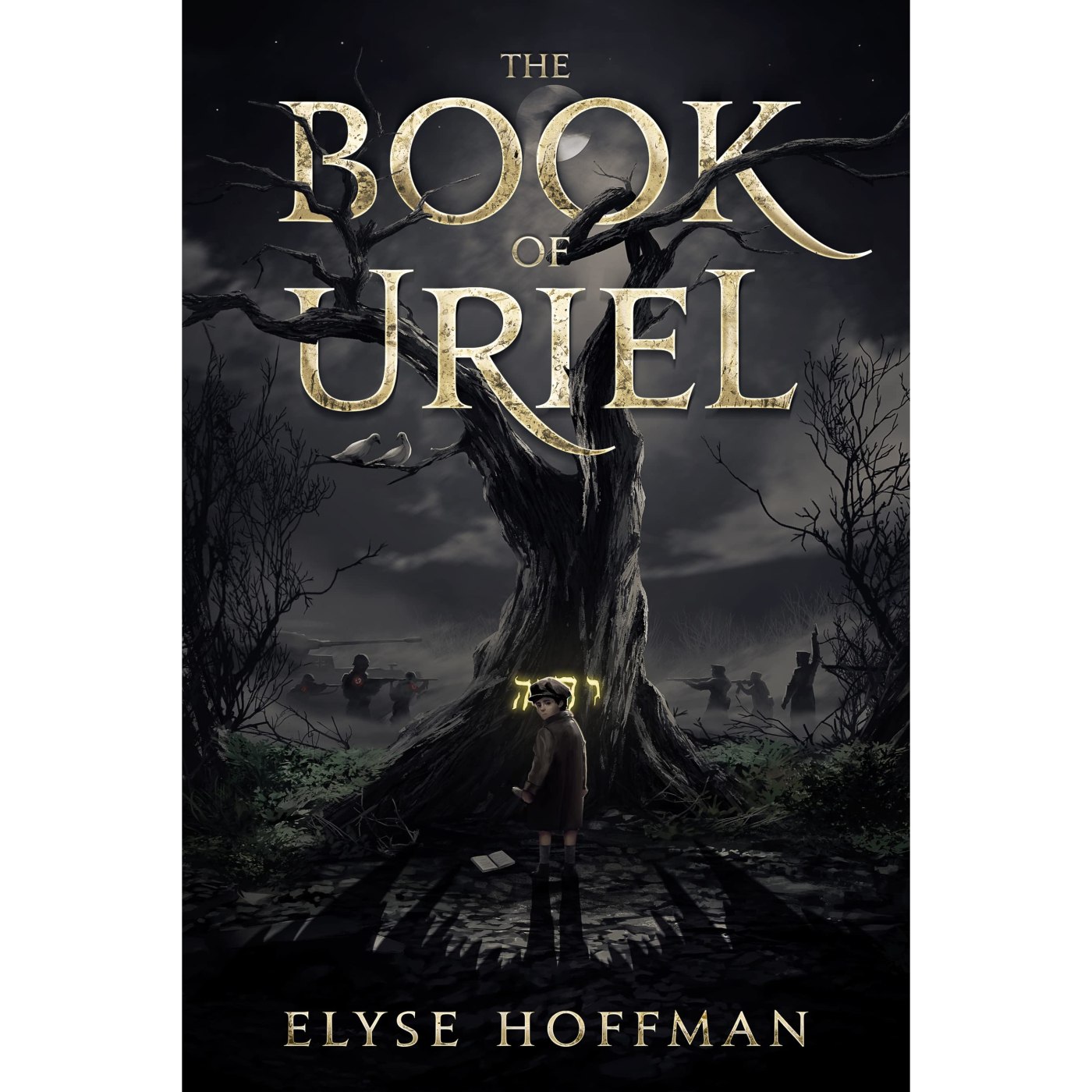 In the fires of World War II, a child must save his people from darkness…

Ten-year-old Uriel has always been an outcast. Born mute in a Jewish village known for its choir, he escapes into old stories of his people, stories of angels and monsters. But when the fires of the Holocaust consume his village, he learns that the stories he writes in his golden notebook are terrifyingly real.

In the aftermath of the attack, Uriel is taken in by Uwe, a kind-hearted linguist forced to work for the commander of the local Nazi Police, the affably brutal Major Brandt. Uwe wants to keep Uriel safe, but Uriel can’t stay hidden. The angels of his tales have come to him with a dire message: Michael, guardian angel of the Jewish people, is missing. Without their angel, the Jewish people are doomed, and Michael’s angelic brethren cannot search for him in the lands corrupted by Nazi evil.

With the lives of millions at stake, Uriel must find Michael and free him from the clutches of the Angel of Death…even if that means putting Uwe in mortal danger.

The Book of Uriel is an adventure, a journey, and faith. I believe the blurb above does a good job describing the plot, so I will stick to the way the story is told. But I will digress a little… I spent much of my twenties and thirties reading WW2 spy novels and at the same time I was teaching the Night and Hiroshima in school. Teacher burnout. I needed a change. So I have backed away from these types of books and only rarely go back to any book related to that era in history… In other words, it’s gotta be a real special book!

I have read other books that combine the fantasy elements to historical fiction, but Hoffman grounds these aspects in the Jewish faith which makes the impact of the Holocaust all the more powerful. It wasn’t just the horrors of war that gripped me, but the characters’ evolving relationships and the secrets they hold.

I would definitely recommend this book to my students who have studied the facts in history, but looking for a fictional book with a different view of the time period.

Thank you to The Write Reads and the author for an advanced copy for review.

2 thoughts on “The Book of Uriel by Elyse Hoffman”