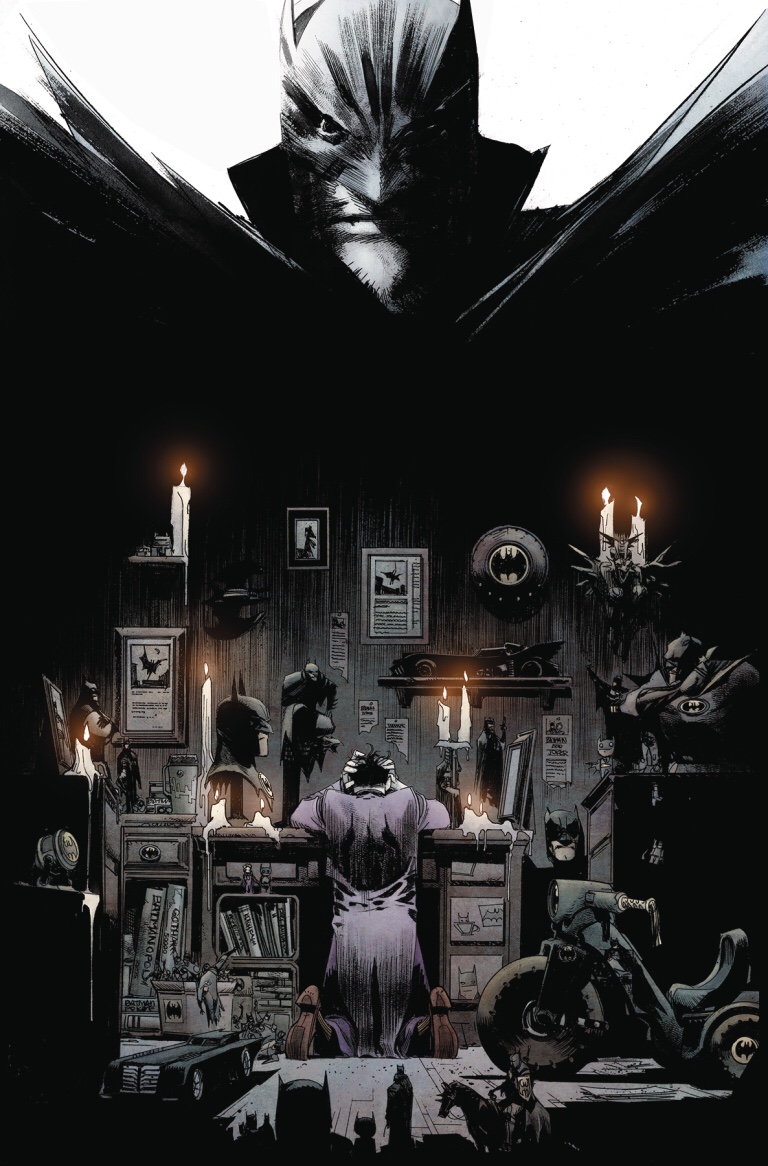 Much has been written about the symbiotic relationship between Batman and Joker. Yet, we must always ask, is it a mutualistic relationship or parasitic? Who benefits? The Joker? Batman? What do the people of Gotham get from their super criminal and masked crusader? Are they really protected? Sean Murphy’s Batman: White Knight poses these questions and more in an engaging and artistic way.

The graphic novel opens with Batman’s violent apprehension of the Joker. Batman’s rage boils over and he force-feeds Jack Napier (The Joker’s real name) a handful of pills. Unbeknownst to all, this medicine has the power to transform The Joker into a normal human being, one who now wants to fight back against Batman’s corrupt, vigilante ways. Jack has the people on his side as he brands himself the White Knight of Gotham, the savior who will expose the dishonest ways of the GPD and City Hall. But is there still a Joker inside Jack Napier?

Murphy’s storytelling has great depth and the artwork is impressive. Themes of loyalty, class warfare, and buried secrets pervade the narrative and create a lasting tension throughout. Two places highlighted the impressive artwork for me: the character of Mr. Freeze and the car chase scenes. A side plot involves the reworking of Freeze’s ice technology for the benefit of several of the characters. And the rendering of Freeze in these panels is unexpected, but creative. And the car chases involving multiple Batmobiles are just awesome.

Batman: White Knight is a novel that tests the relationship between Batman and his city, but more importantly, Batman and his arch-enemy. While this thread is solid, there are some side plots that branch away and never seem to be concluded. Yet, the dialogue, varied cast of characters, and a churning central conflict make this one a safe bet. Recommended.

Thank you to NetGalley, DC Comics, and Sean Murphy for the advanced copy for review.