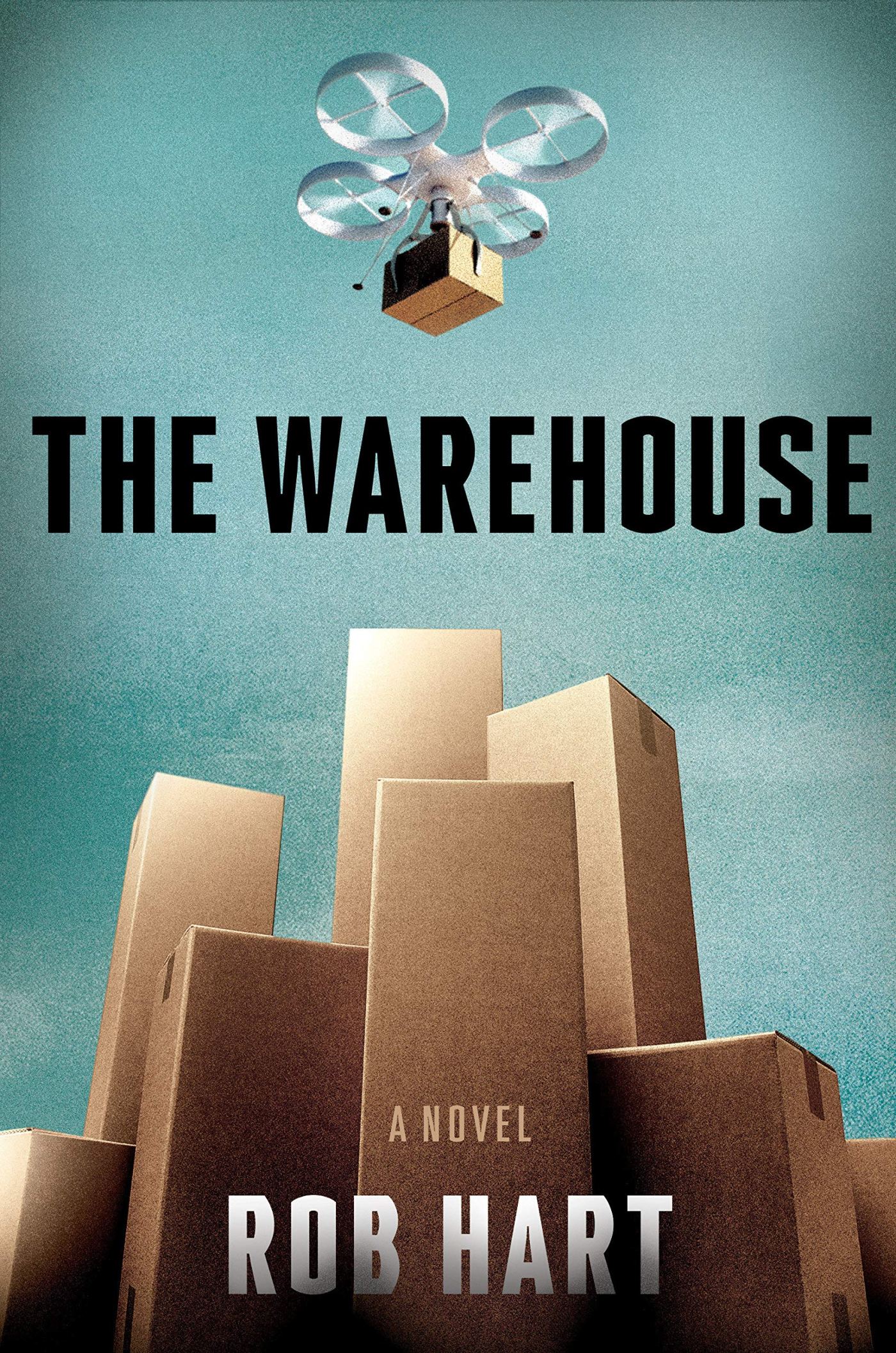 The Warehouse is set about 20-30 years in the future and focuses on an Amazon-like company named Cloud that has ‘revolutionized’ the industry through, among other things, employee ratings and drone deliveries. The company has dozens of self-inclosed campuses across the country. They include giant warehouses to hold goods, employee housing, and an entertainment center for all workers. Hart breaks up the narrative into three threads.

Blog entries from the founder of the company as he dying and preparing to hand the business over to his successor. Wells looks back on the formation of the company and tries to justify some of its many controversial practices.

Paxton is a man who tried his own business model and failed. He’s now applied to be an employee at Cloud. Because of his past experience as a prison guard he is put onto security detail with an initial mission to track down a group of employees who are bring drugs into the campus.

Zinnia is in corporate espionage and has been hired on in the warehouse. She spends her days hunting down the goods to be flown out by the drones, and the rest of the time… figuring out a way to get the info her other employer wants.

Zinnie and Paxton meet… and she thinks she might have found a way to get around the campus a little easier.

I liked The Warehouse, but didn’t love it. I felt like the story was a bit too simple at times and preachy. It’s a slow burn and the stakes might have been a littler higher earlier in the plot to get me totally hooked. The concepts where there and I liked the characters too. I finished it and the ending was fun. There’s about three ways I could see it ending, and fortunately or unfortunately, I was correct.

2 thoughts on “The Warehouse by Rob Hart (Mini-Mini Review)”