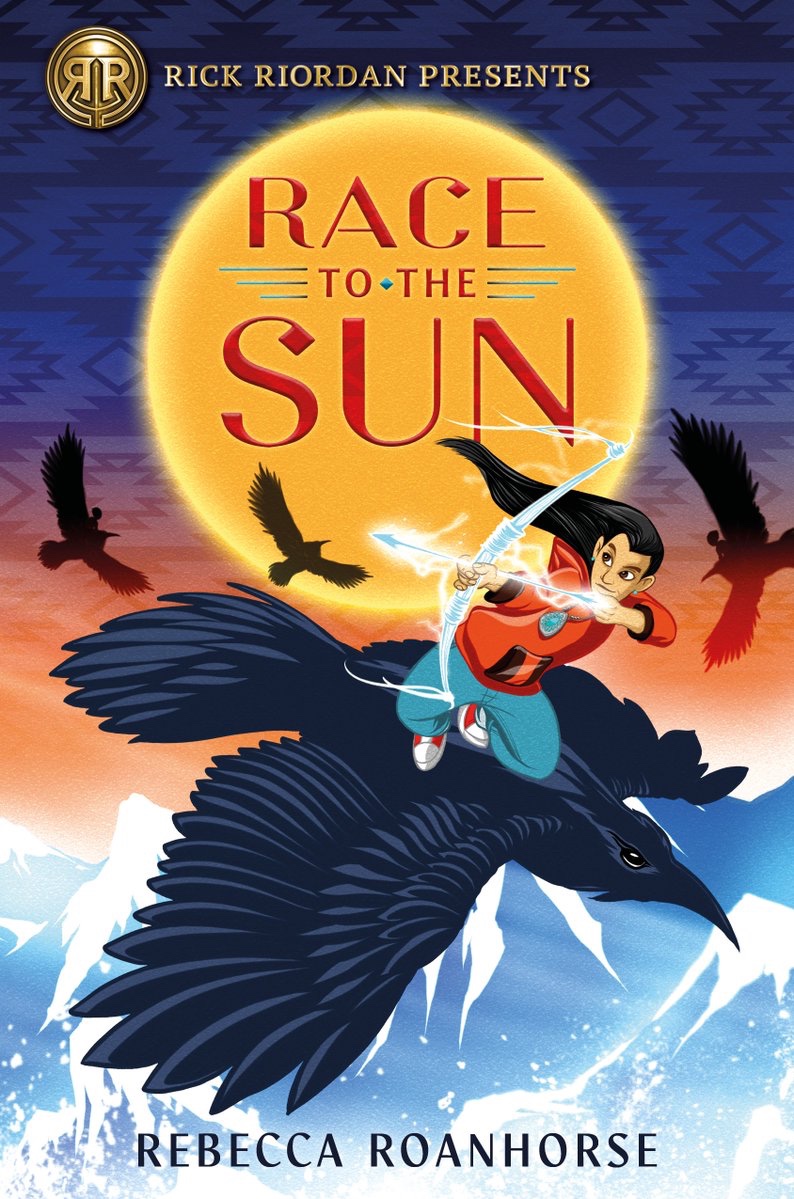 Race to the Sun is my third book from Rick Riordan Presents and I can now say that it is an imprint that I completely trust. And on top that, I read three of Roanhorse’s books this year and they were all stellar. Combine the two and you’ve got the makings of a very good book!

Nizhoni (Z) Begay is a Native American young woman who sticks out a bit, but not always in a good way. Like the time she called for the last shot in the basketball game… but instead of being the hero, she’s distracted by a monster in the stands (who only she can see) and takes a pass off the nose. The other team took her face-rebound and took it to the other end of the court for the win.  Pretty soon Nizhoni, her good friend Davery, and Z’s brother Mac figure what out what the monster’s goals are and how they’re connected to her family.

With the help of small horned toad, Nizhoni is able to truly see the power of her gifts. Oh, and those of her brother… They are the Hero Twins of Navajo legend. And Davery? He’s just super duper smart. The three are instructed to go off on a quest to find ancient artifacts they can trade for the weapons that will help them defeat their foes.

The first three chapters of this book got me so into this story. Nizhoni’s character is developed so quickly with the story of the basketball game and then when the magic drops in the subsequent chapters, the book just takes off. Roanhorse does such a great job blending the 20th century teens with the Navajo mythology and the great setting of Albuquerque and its surroundings. I was taken in immediately… great flying birds, a lightning sword, and plenty of action.

I would highly recommend this book to middle-grade readers and up. The themes of family loyalty, racism, and the power of myth. I will definitely continue to read Riordan’s imprint which is full of quality YA own-voices fantasy.

Thank you to NetGalley, Rick Riordan Presents, and the author for an advanced copy for review.

3 thoughts on “Race to the Sun by Rebecca Roanhorse”