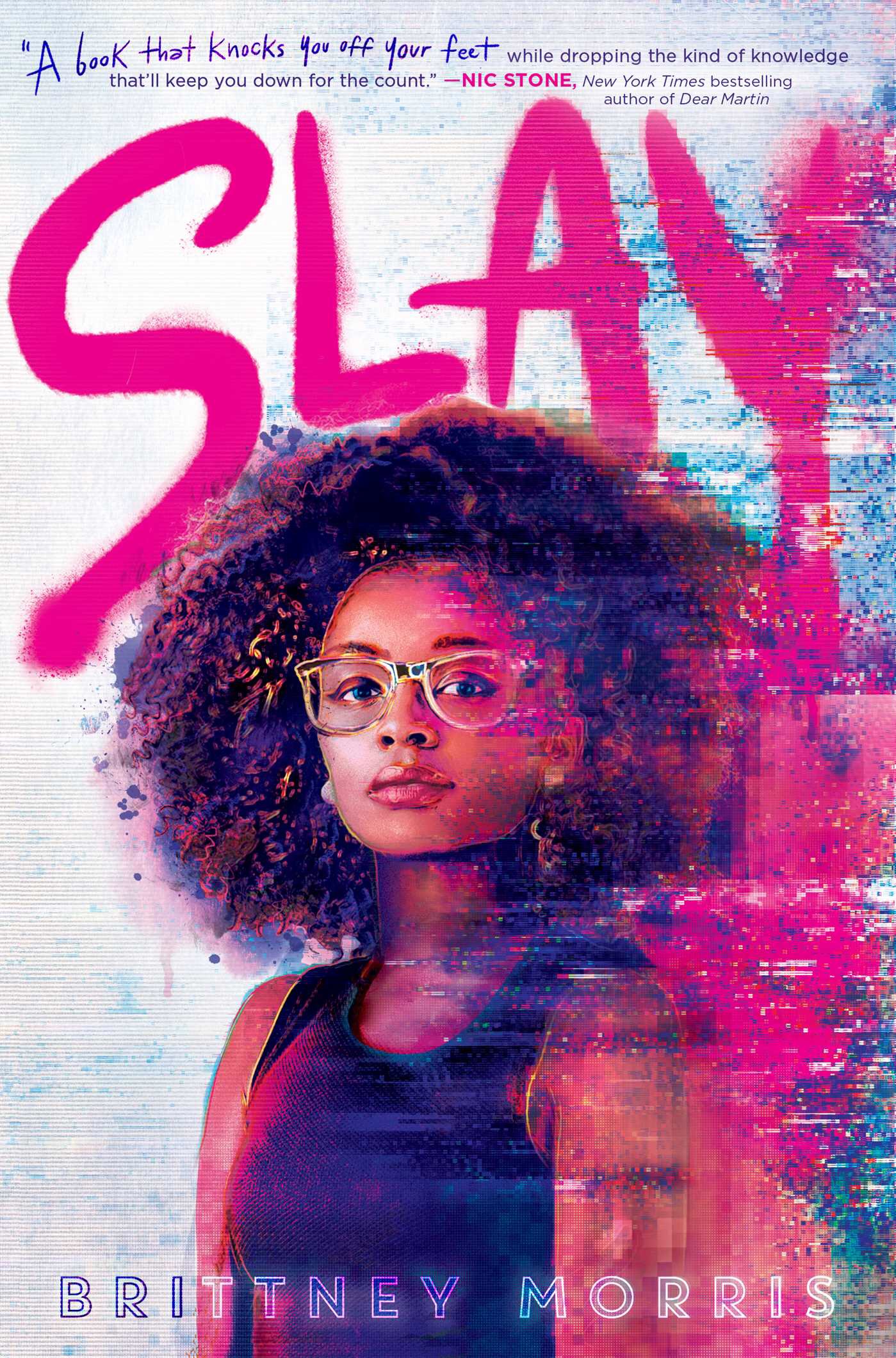 Brittney Morris’s Slay is a thought-provoking YA novel focusing on empowerment, STEM, and unconditional friendship.

Kiera Johnson has secretly developed a Massively Multiplayer Online Game called Slay, where hundreds of thousands of black gamers duel each other in virtual arenas. It is a card-based game that takes its characters and style from black culture all over the world. From 8-3 she goes a predominately white prep school in Bellevue, Washington, but after school she is able to escape into her creation. In her classes and with her white friends, she is forced to be the voice of her ‘people,’ yet the in the game she can be anonymous Emerald, loved and looked up to for her ingenuity.

Senior year is zipping along and classes are pretty easy. She’s just waiting for her acceptance letters… yet, also dealing with the pressure from her boyfriend, Malcolm, to choose a historical black school in Atlanta. He has a lot of ideas about how African-Americans should act and how they will be able to succeed. Kiera both admires and is annoyed by his constant diatribes.

The turning point in the novel is when a young man in Kansas City is murdered because of a conflict that started in Slay. The story goes coast to coast and even the international press picks it up. Kiera’s game is called racist because of the instructions for users to only invite black players. Her anonymity is threatened and the consequences may just be more deadly than she thinks.

I just love what Morris does with Kiera’s character and the strong group of friends and family that surround her. She is a seventeen-year-old who is having so many conflicts thrown at her every day. Yet, she uses her amazing creativity and mathematic knowledge to code a home for so many in countries all over the world.

Highly recommended for all high school libraries and anyone wanting jump into VR and the our scary real world.

Thank you to NetGalley, Simon Pulse, and the author for an advanced copy for review.

5 thoughts on “Slay by Brittney Morris”