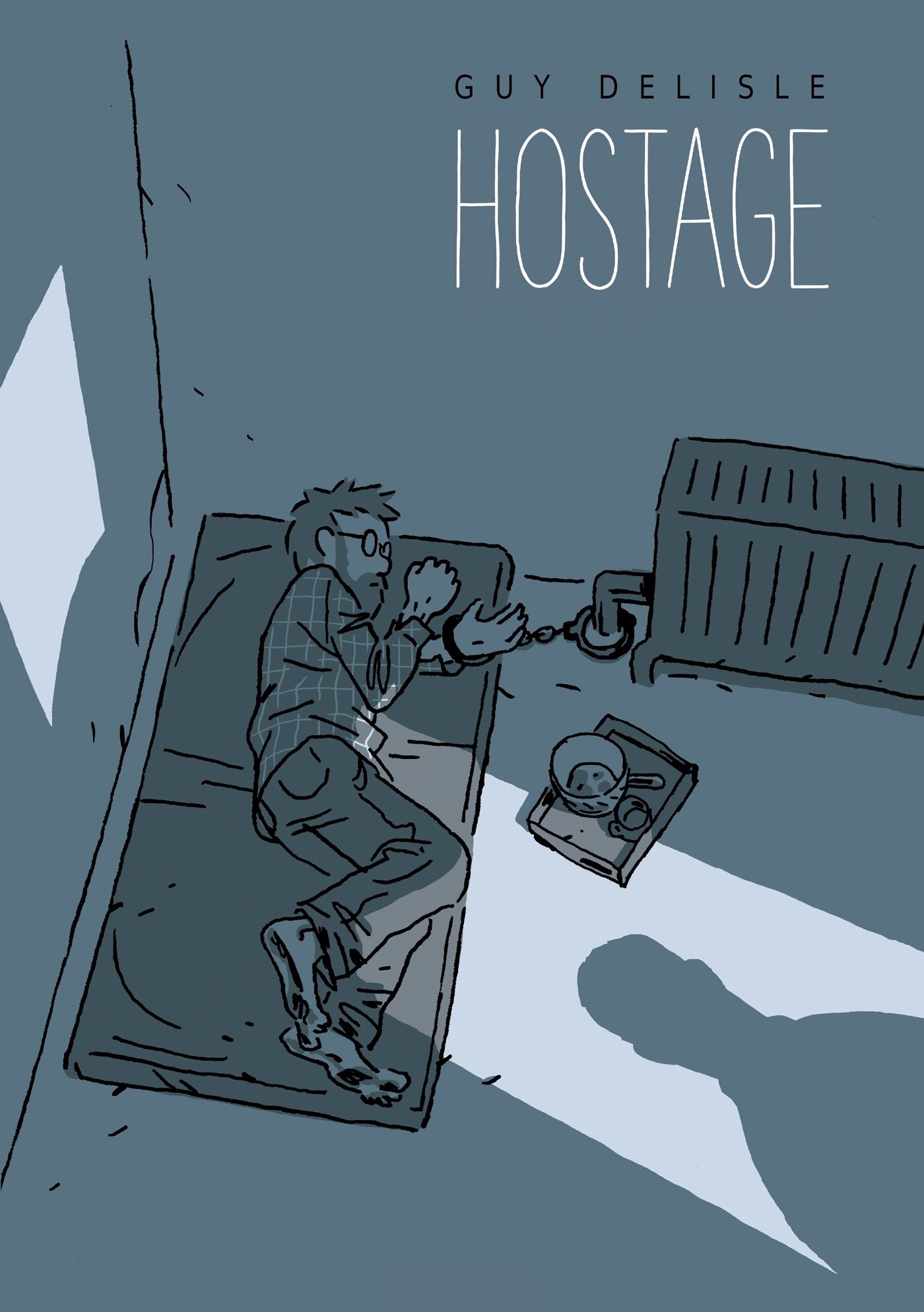 Christophe André was working for Doctors Without Borders in Chechnya in 1997. Working on the admin side of the NGO operation, his biggest worry was that local thugs would try to steal the monthly payroll out of the safe. But one night a group of men break into the annex building where he was sleeping, and his fears quickly escalate as they throw him into their car and drive him across the border. He went on to endure over three months in captivity until he is able to escape.

Delisle turns the four walls of André’s confinement into an oppressive, airless box. Cuffed to a radiator for much of his imprisonment, he is forced to find ways to distract himself from the equal parts of tension and tedium he faces. André recounts historic battles in his head and rambles on in an interior monologue of frustration. Yet, hope and imagination gain him an edge when he’s given an opening for escape.

The pacing in this graphic novel is just about perfect. Delisle has a great talent for knowing just how to manage the arc of the story to build and maintain tension. And if you have read any of his other works, you will definitely be familiar with his style. I like what he was able to accomplish with André’s story.

An excellent recounting of one man’s hellish kidnapping.

4 thoughts on “Hostage by Guy Delisle”