Two excellent YA graphic novels for your weekend reading:

Katie and Victoria enter their new boarding school with completely opposite attitudes. Katie is herself. At all times. Banging out tunes on the piano or dressing exactly how she wants to. She is not going to conform to anyone’s ideals. Victoria is willing make concessions to be one of the gang, even though the rich snobs aren’t exactly willing to let the scholarship student into their world.

After a rift, Katie runs away into a winter storm only to get lost in a graveyard. Victoria chases after her and is befriended by Little Ghost. They are pulled into an attack of magical proportions. Can Victoria save her sister from being a part of an evil man’s magic equation? Will the siblings be able to reconnect?

I loved the illustration style in this one. A dose of The Nightmare Before Xmas and a dash of school drama thrown in. Themes of sibling rivalry, bullying, and mastering self-confidence make the plot and characters universally relatable. Definitely recommended.

Ben is a hero in his dreams. Fighting foes and helping friends and others every night. But he’s not getting any rest and his dream journal is filling up with more and more dastardly monsters, so his mom wants to take him to a sleep center for tests. 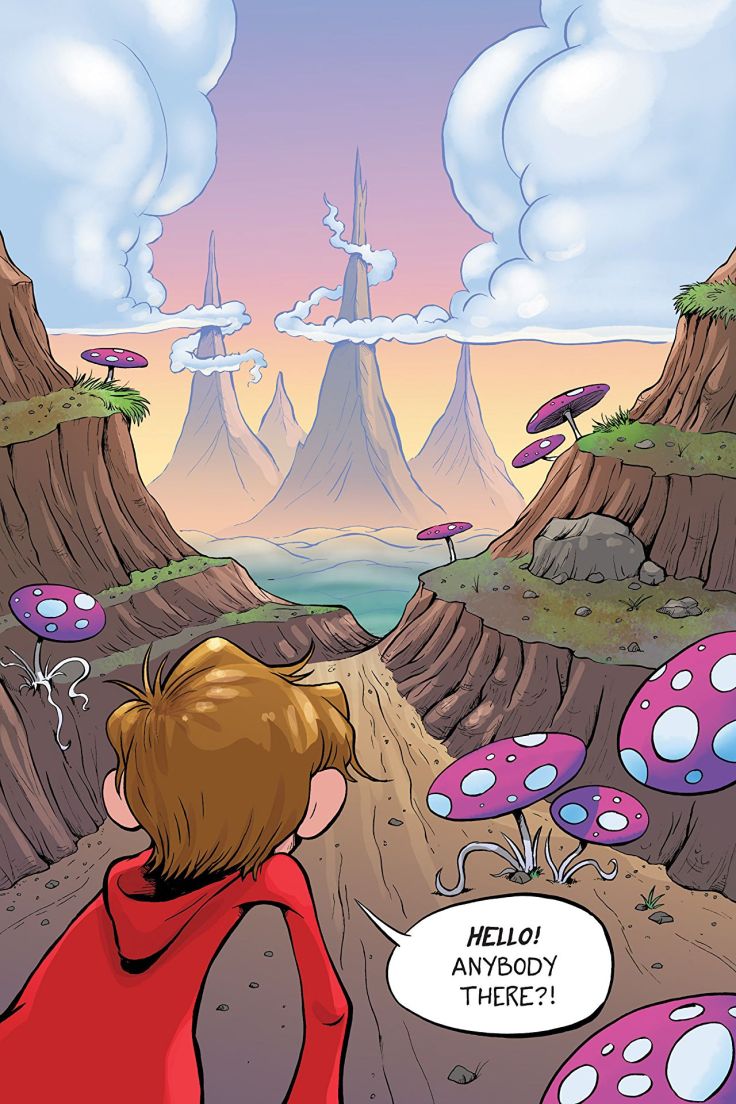 Once in REM, he drifts to the dream world and finds a messenger who fills him in on the true nature of his role. And the real reasons for the ongoing battles. The fight for the channels between the real world and the dreamscape.