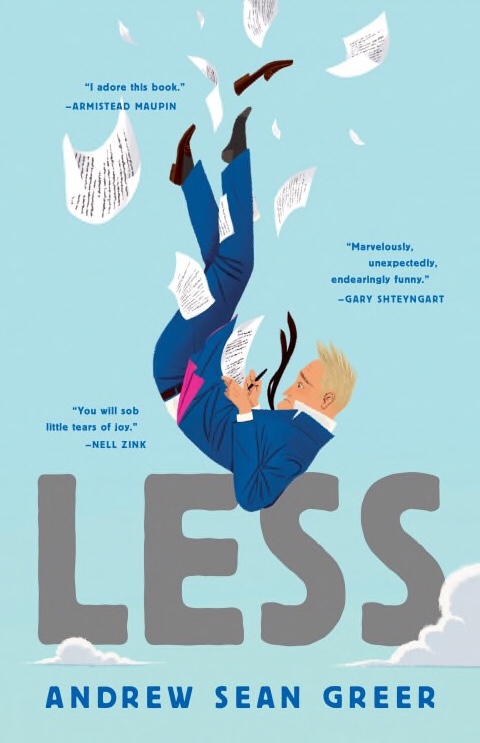 Arthur Less is author of mild success who is weeks from turning 50. After getting the invitation to his ex-lover’s wedding, he’s decided to take a trip around the world to skirt the event. Running to or running from… he is able to string together a series of literary dates that take him all over the globe. Each stop, Mexico, Italy, Germany, France… (a couple more) stirs up memories of his youth, his start as a writer, and friends and lovers in his past.

Greer is a writer who has a rare ability to manipulate the English language in a most accomplished way. I’ll name a few because the list is long. The shaping of an anecdote: many times he was able to reveal the depth of a character with a simple story, be it humorous or touching, it was always affective. The positioning of a flashback: As mentioned above, Less is on a trip to escape, but he can’t escape his own mind and the many memories that are dug up in the course of his travels. These are placed at a point in the narrative to develop the various characters. I know that anecdotes and flashbacks are similar literary devices, but I believe Greer uses them for different purposes.

My biggest criticism with the novel was that it was very difficult for me to locate the central conflict. Was it dealing with middle age? Was it lost love? Was it missed opportunities or inadequacy? Feeling ‘less?’ I’m really not sure. It was episodic. Each section was very good, but I never felt a strong major theme connecting them all.

Less is a travelogue, a reflection, a romance… it is many things. But most of all it’s for lovers of language.