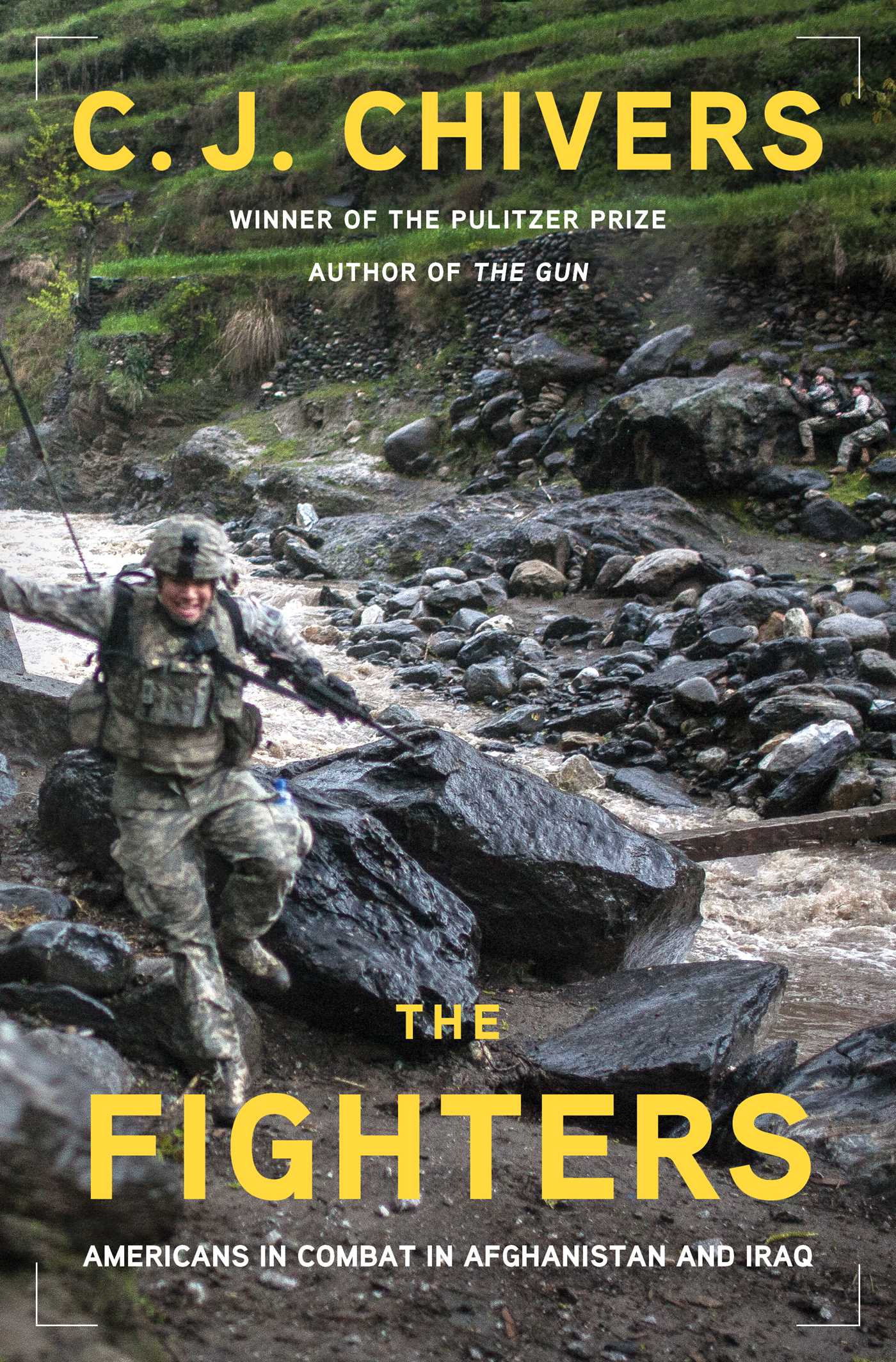 I have taught at the same high school for the past eighteen years, and every year approximately 5 or 6 students enter the military after graduation. Many of those over one hundred young men and women have been sent to Afghanistan and Iraq to fight. I often think about what they go through on a day-to-day basis. Where are they deployed? What are their tasks? How are they faring? C.J. Chivers’s The Fighters goes far to answer these questions about the lives of the individuals in our military units since 9/11. He writes compassionate and telling profiles from the cockpit, the turret, and the boots on ground.  Chivers balances a keen understanding of the machinery and the bureaucracy of the military, with the human element of war.

The book’s twelve chapters are broken up with pieces of history detailing the big-picture moves of the American government since the start of the conflict. One of the running themes in Chivers’s narrative is the striking changes that technology has brought to war. He describes how tech has dramatically altered how a soldier sees the brutality of the fighting.  The reader experiences not only the day-to-day bravery of the men and woman’s efforts but the long-term effects of those days, weeks and years on a soldier’s conscience and body.

The Fighters honors the soldiers who try to see through the fog of war every day: the medical corpsman who has to triage a roadside bomb and the helicopter instructor pilot who takes his students through their first missions. They may not be directly connected to ‘why’ of the missions, but they certain are there for their fellow solders. This is a much-needed text. Much-needed because not enough has been documented about the last 17 years of war. And Chibers gives us a near-complete look, not at the directors, but the grunts with their hands on the triggers and the responsibilities on their shoulders. I commend Chivers’s dedication to expose the report on the challenges of these and all the soldiers.

One of my past students will be entering his junior year at West Point this fall. Where will he serve? What will his experience be like?

Thank you to NetGalley, Simon & Schuster, and C.J. Chivers for an advanced copy for review

18 thoughts on “The Fighters: Americans in Combat in Afghanistan and Iraq by C.J. Chivers”