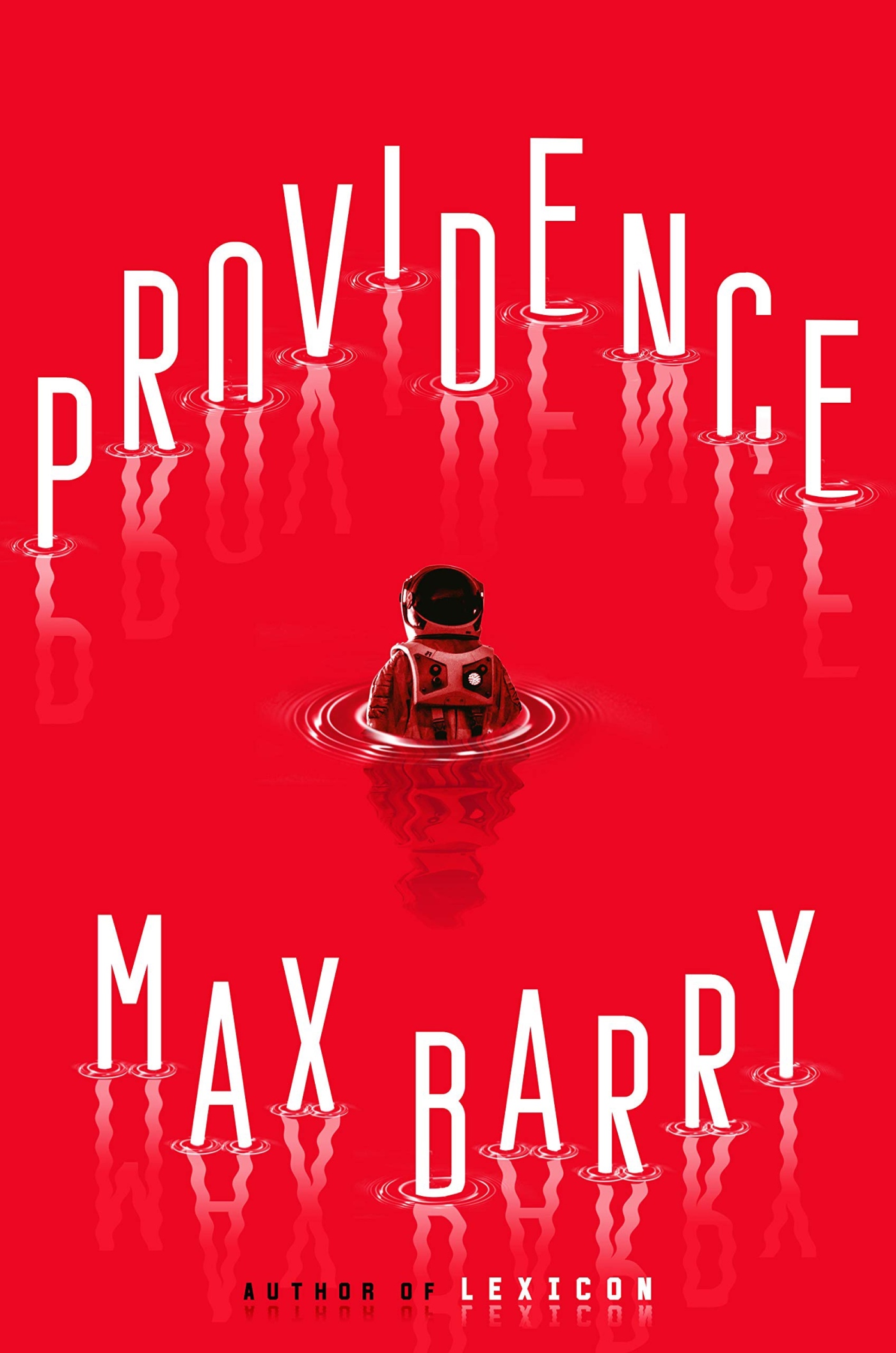 A deadly first contact that eventually leads to the construction of giant space ships run by artificial intelligence. They are crewed by a four people whose only real job is to manage their boredom as the computer jumps through deep space and calculates weapons arrangements to destroys the hives. Hives of ‘salamanders,’ the alien species who spit miniature black holes which rip through anything solid, including people.

Told through some flashbacks and the existing mission, Providence is a book that I just couldn’t catch onto. The characters were interesting, but I think the problem for me was the lack of personality or real description of the AI. For all the trouble that it seems to cause, the only explanation the crew can come up with is that what it’s doing is only logical! Ummm… ok.

The first half is dominated with character studies. A captain who is caught between being an authority, playing the good cop, and selling the mission to the people on Earth through constant social media uploads. Then there’s the adrenaline junky who is bored out of his mind and comes up with a game of dodgeball using very sharp ninja stars to gets his kicks… and to get the medicine provided by sick bay. I’ll leave the other characters descriptions for the reader to explore. Yes, they are interesting, but in a conflict with the (in my opinion) boring ship, the major arc falls very flat for me.

I have seen so many Max Barry books over the years, and had been really excited to pick this one up… but it ended up to be a real mixed bag for me.

Thank you to Edelweiss, Penguin Books, and the author for an advanced copy for review.