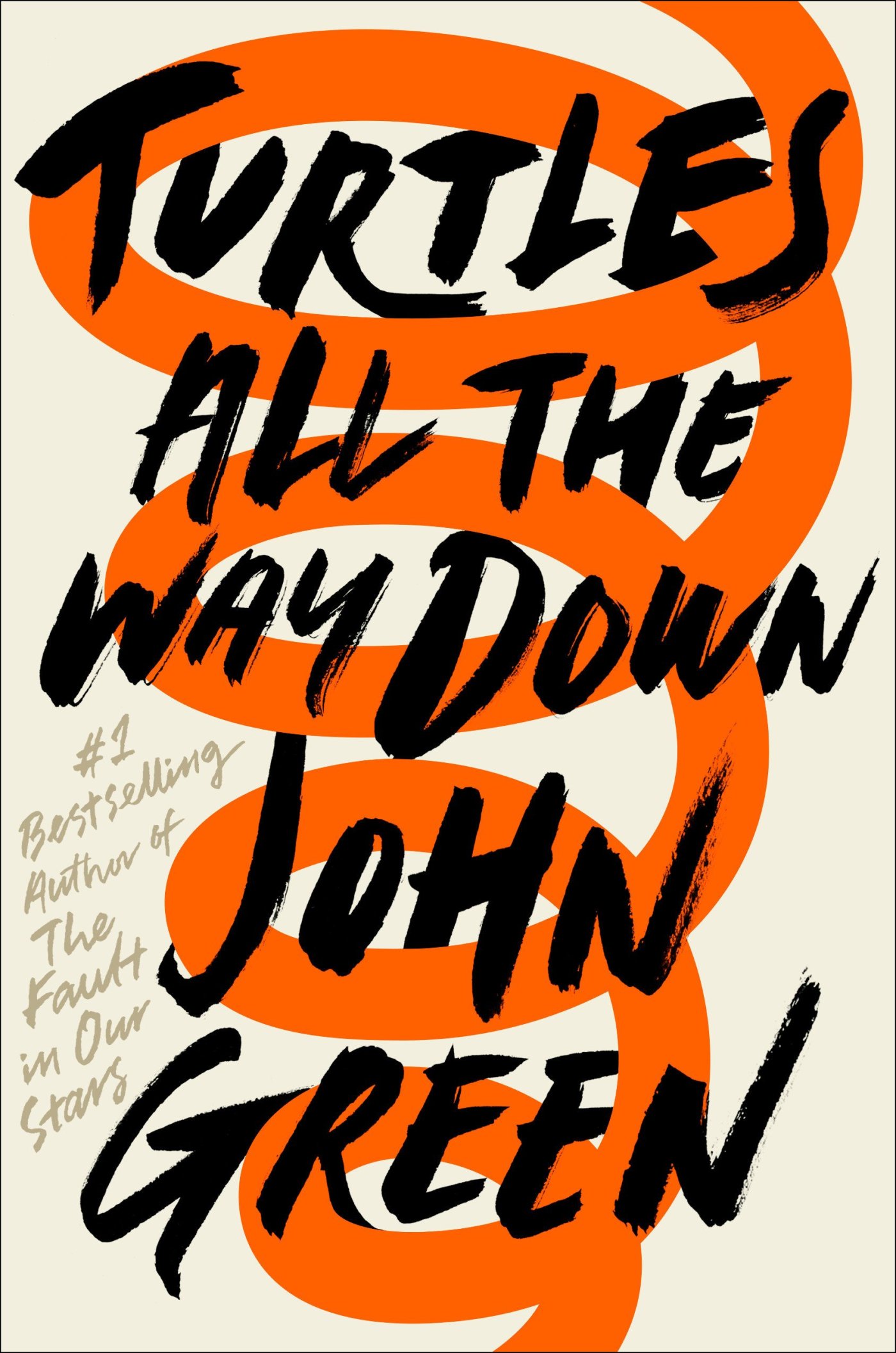 “It can be a long and difficult road, but mental illness is treatable. There is hope, even when your brain tells you there isn’t.” – John Green from his afterword.

Aza is a young woman who has episodes of the ‘spiral tightening.’ Her circular anxious thinking freezes her thoughts and actions. One of her main concerns is that she will get an infection in the cut on her thumb that she continually reopens. She goes through the process of washing and bandaging it several times a day. Aza works with her psychiatrist to help her through… but daily life invades her thoughts.

Davis’s father is a billionaire businessman who has run away from several pending lawsuits. Poof. Disappeared. Davis is left living in his mansion with his thirteen year old brother. Both Aza and Davis had lost parents when they were younger, so they had met at a camp for children with of deceased parents. Aza’s friend Daisy urges her to reach out to Davis after a reward is announced for information leading to Davis’s father’s whereabouts. He questions Aza’s true intentions, but the friendship is rekindled.

This story is about Aza and love and mental illness. It’s about friendships and loss and Staw Wars fan fiction. A short novel at just under 300 pages, Green’s writing is filled with literary references and metaphors that stick to you. This is my first Green book and I don’t think it will be my last. He has a way of describing the day-to-day effects of the spiraling thoughts and the all-consuming emotions that Aza is weighted down by. Green’s writing can makes extraordinary situations seem ordinary. He brings the characters we usually hold up on pedestals down to earth.

I know that this book is in my school’s library and I will definitely be recommending it to my students.

4 thoughts on “Turtles All The Way Down by John Green”