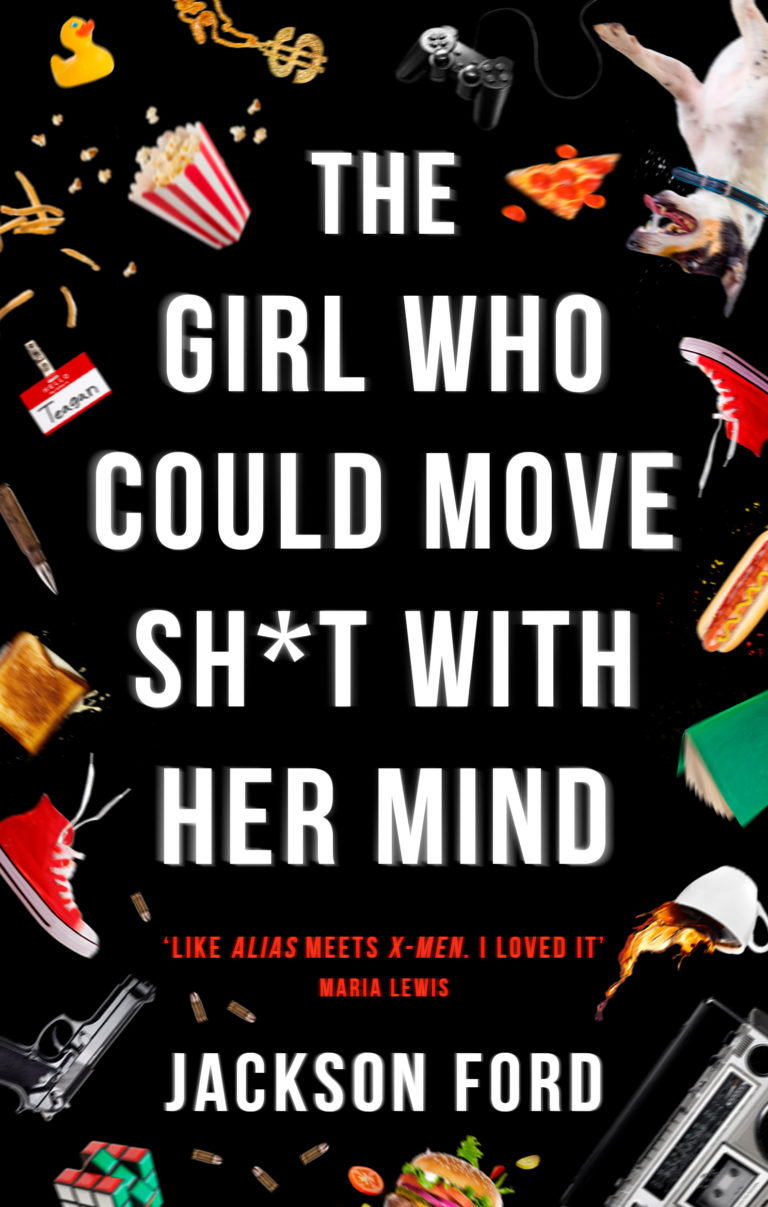 Teagan is young woman who is as part of a team that is sanctioned by the government to gather information on bad people. The members of the team have been given second chances on lives that need a connection to purpose, but each has a something the boss holds over him or her… For Teagan, it is her power to move most inanimate objects. Found by agents and suspected as dangerous, she was first prodded, tested, and pushed to her limits for four years in a black site outside of Waco. She was deemed safe, moved to Los Angeles, and added to the forming crew.

After a year of jobs, Teagan has fallen into a pretty healthy rhythm until one night she has to go to extraordinary lengths to save Annie, another member of the team. Falling 50 stories will scare the bejesus out of anyone and Teagan’s rescue is seen as reckless. Yet, the plot twists even more when the target of that job is murdered… and because of the circumstances of the kill, she is the prime suspect. Hunted by dark operatives, the LAPD, and distrusted by her own team, Teagan has to run… and solve the mystery at the same time.

Coupled with Teagan’s point of view is another young person capable of psychokinesis. Jake is in virtual homelessness in Los Angeles and finds one person who reaches out to him… and gives him a job in exchange for information about his past.

A crazy comic book of a plot… this is not in anyway a bad thing. Let me explain… I read a lot of graphic novels and I in this book, I could see the fights, the chases, and the relationships build like the best comics I’ve read. The moving of the shit with minds! Every time I read these scenes, I pictured the directed lines of psychokinesis drawn out from Teagan’s head.

But like the modern comic I am now familiar with, Ford is able to slowly reveal a heart, a depth is Teagan’s character. She is together with the crew but alone in her role as the only Gifted person on the team and, to the best of her knowledge, the world. She is comfortable with her Gift, but struggles with its strength and her recovery. As Teagan’s origin story is slowly revealed, her character only gets better. One we want to root for even more.

The Girl Who Could Move Sh*t With Her Mind is a blast… the first volume of a contemporary super-hero thrill ride. Overall, not terribly heavy, but does pack an emotional punch… I’m ready for the sequel.

Thank you to NetGalley, Orbit Books, and the author for an advanced copy for review.