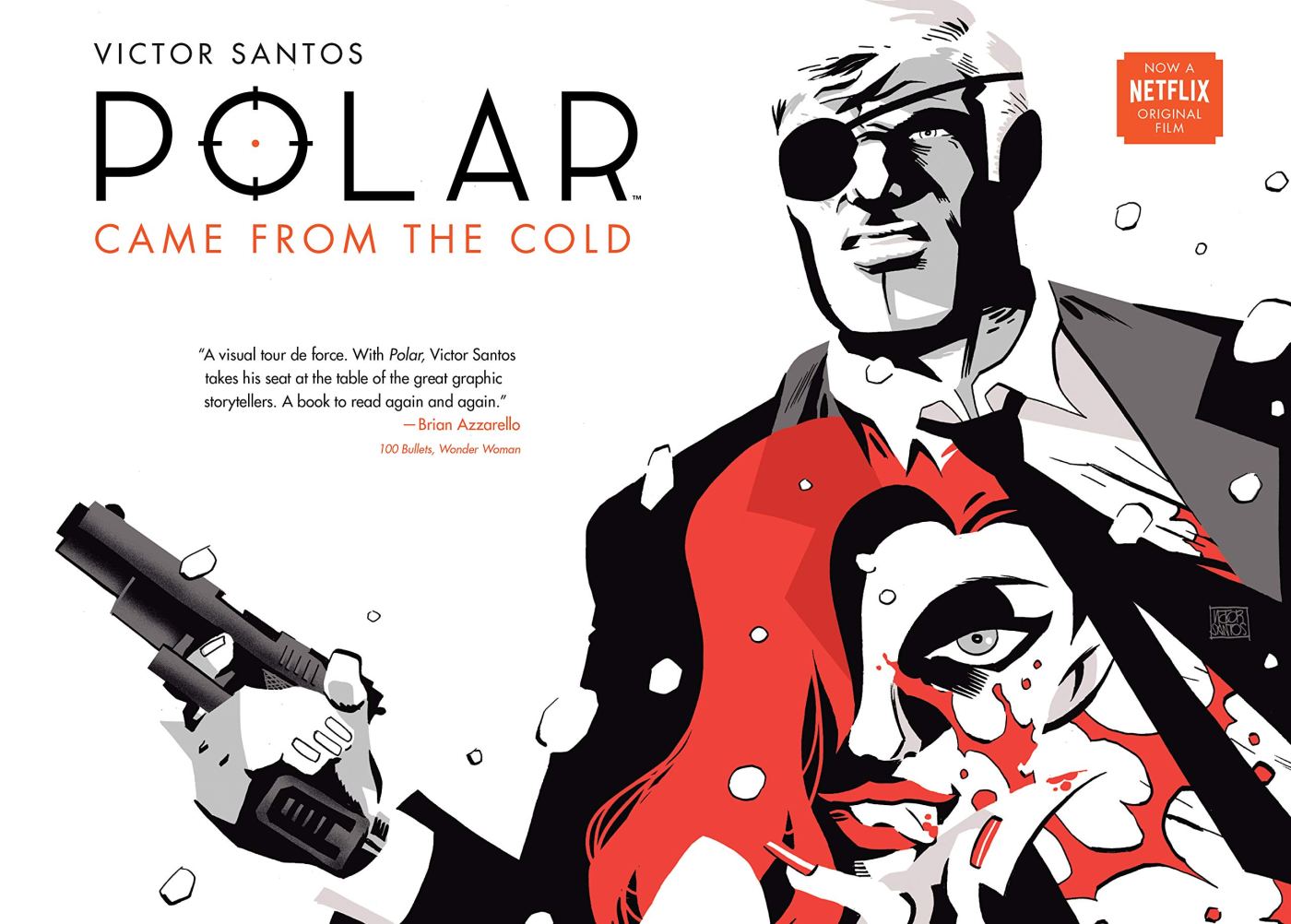 As with most hardcore readers, we are skeptical of films being made out of our precious books. I had seen this title around over the years and just saw that a film was made and is currently on Netflix. This was the impetus that brought me to reading Polar: Came From the Cold…

Black Kaiser is the deadliest assassin from the Cold War; he has been retired and living in seclusion until one of his past employees tries to tie up loose ends. A team of four is dispatched: one as a honey pot and three to guard against escape… Kaiser sees through the scheme and takes them all out.  To find help as he moves up the ladder of the convert operation, he reaches out to some of the allies he still has in the business. With the intelligence and armament needed, the mission of revenge will a bloody one.

The narrative is told in a style similar to Frank Miller’s using only three colors, black, white, and bloody red. Red is the color of that vital fluid and the anger our protagonist. There is a very small script as the storytelling depends on pictures that are swathed with action that is fast and cuts across pages and pages. It may be a little hard to follow the thread of revenge at times, but the tone is very easy to pick up. Black Kaiser is mad and he has lost none of his skills over the years.

An enjoyable and straightforward forward tale told with searing artwork. A book to be held and read several times in a row. I will definitely pick up the next two in the series and may give the film a shot.

Trailer for the Comic:

Trailer for the new Netflix film:

4 thoughts on “Polar Volume 1: Came From the Cold by Victor Santos”