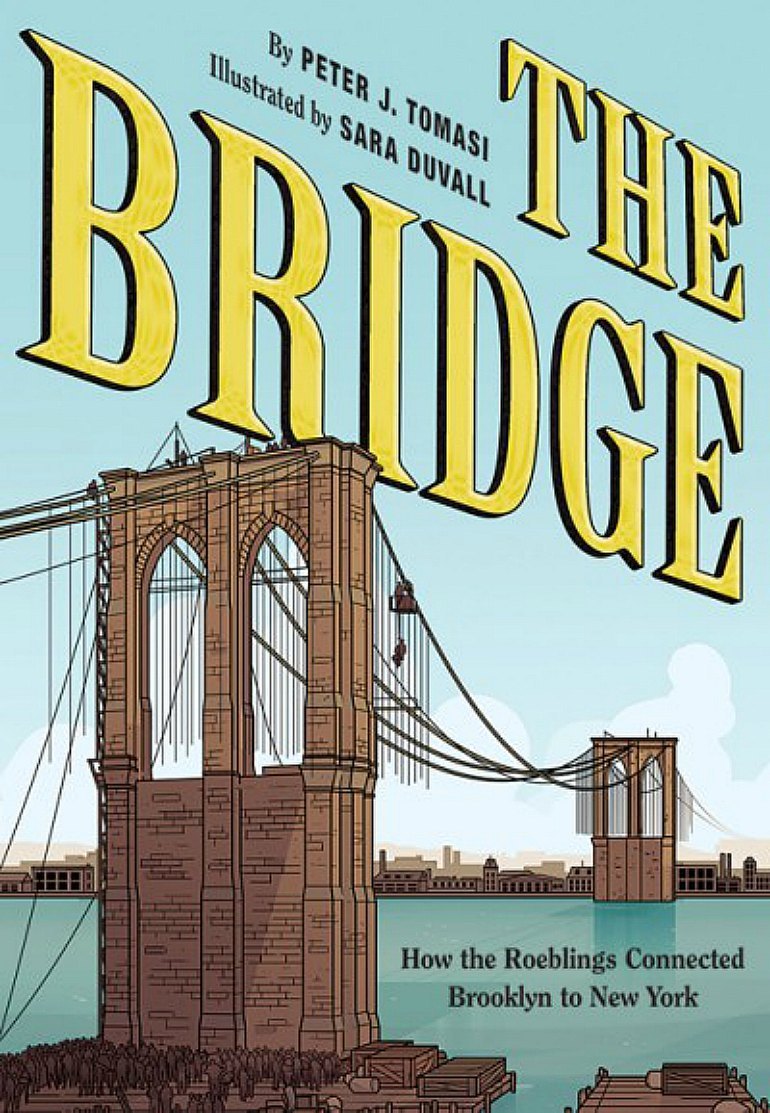 A wonderful piece of history. One part father-son legacy, one part engineering feat, and one part marriage partnership. Tomasi has interlaced these threads to create a story of great depth, tension, and enjoyment.

The Bridge follows Washington Roebling from his first lessons from his father as a young man to severe illness as his tries to finish his architectural project. After his father’s sudden death, Washington charges himself with the job of completing his father’s plans and building a bridge that will span the East River.

I found the details of the construction of the bridge fascination, especially the development of the digging and caisson system. They had to find way to remove the rock and dirt from the river bed to sink the towers foundations.  Roebling battled with the design and safety issues during the whole of the construction. The worst of it was the pressure impeded on the men from being so far under water. This would cause them to have the bends, and many died from the constant exposure.

If you are a student of history, this is a story that should not be missed. The Roeblings’ story is told in an inventive and engaging manner.

11 thoughts on “The Bridge: How the Roeblings Connected Brooklyn to New York by Peter J. Tomasi (Author), Sara DuVall (Illustrator)”