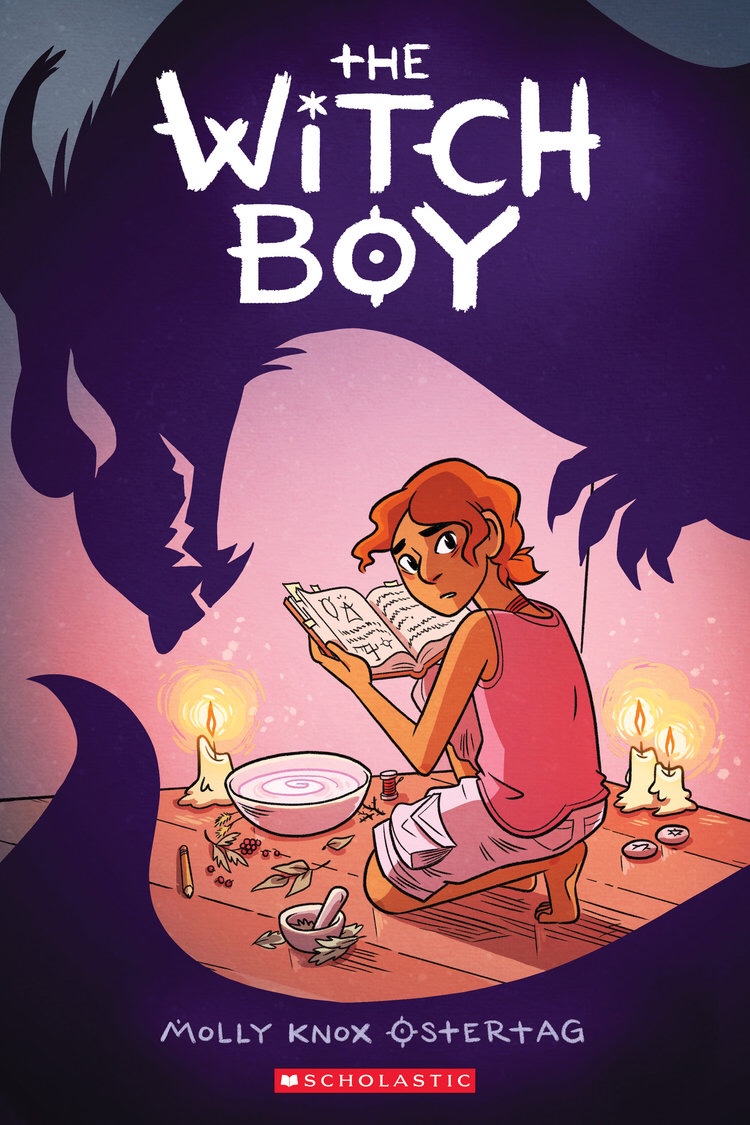 In a family where all women are taught the art of spell craft and men are instructed in the ways of shapeshifting, Aster is a young man whose heart does not want to follow the given path. His talents lie in the language of witchery, and no animal spirits seek to commune with him in an effort to promote “shifting.” When Aster’s cousins are threatened, he must see if his natural talents, untaught and raw, will be able to save them.

On the surface, this might be seen as a simple story of a kid going against the grain. Yet, the deeper lesson is centered in cultural norms and the dangers of dictating a person’s future.

Color and light play an important role in the artwork of this one. Ostertag is definitely conscious of pacing and attune to the importance of representation. The message is a strong and important one, and the ending is nothing short of beautiful.

Highly recommended for fans of middle-grade (and beyond) fantasy graphic novels. Valuable themes and art to match. Ostertag’s second book in the series, The Hidden Witch, will be released on October 30th. What better time to start the series than now?