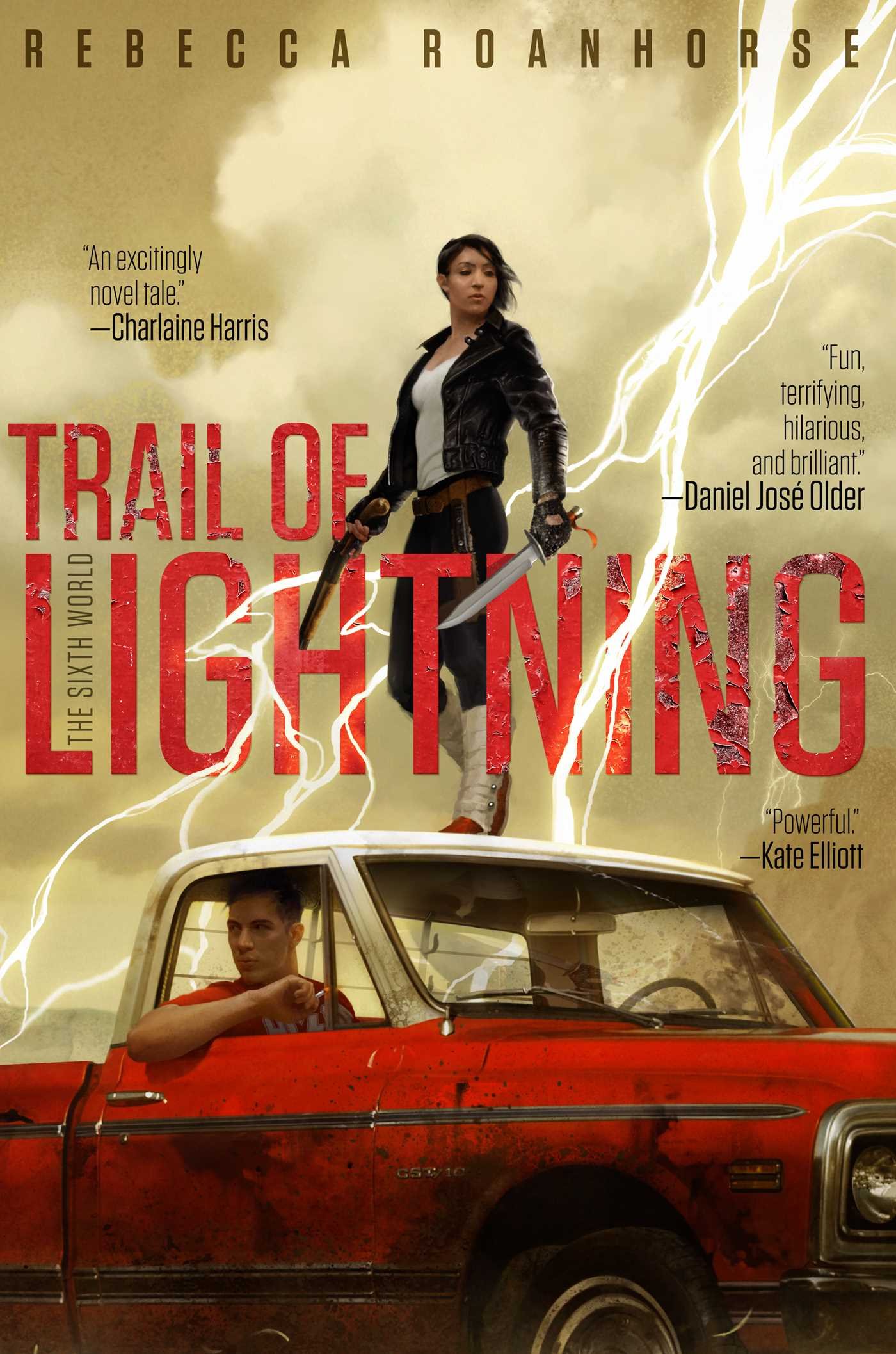 “Everything you’ve done, your past, it’s all just a story you tell yourself. Some if it is true, but some of it is lies.”

Trail of Lightning is filled with lines that I highlighted and reread.  This is one of the best. It is one that I not only identify with, but one that revealed much about the characters in this awesome novel. Described as a “Native American Urban Fantasy,” the book takes place after an apocalyptic flood that has decimated much of the US, but this catastrophe only brought severe drought to the Navajo land. The “five-fingers” (humans), the gods and the gifted now live in a constant clash over resources and power.

Maggie Hoskie is a monster-slayer with magical abilities who has been mostly adrift after the great change… She has had few who have stayed by her and her knack for killing. Some of this is because of her gift and some is because of her reluctance to let people in. Her friendship with Tah, a local medicine man, puts her in contact with Kai, a young man who may be the perfect partner in her latest mission. Interactions with the shifty Coyote obviously create complications for the pair, and they will need to accept help from a series of unlikely allies.

Trail of Lightning is definitely a quick read, but this isn’t just flawthrowing kills and demi-god pit fighting… it’s the pages in between the chaos that will stick with me. The dedication to the Native American mythos, and Maggie’s strong, multi-dimensional character make this the perfect start to a series.

Roanhorse has written a book with characters and a setting that is ready for many more stories. And most readers, like me, are enthusiastically waiting for those to come.

21 thoughts on “Trail of Lightning by Rebecca Roanhorse (Mini Review)”