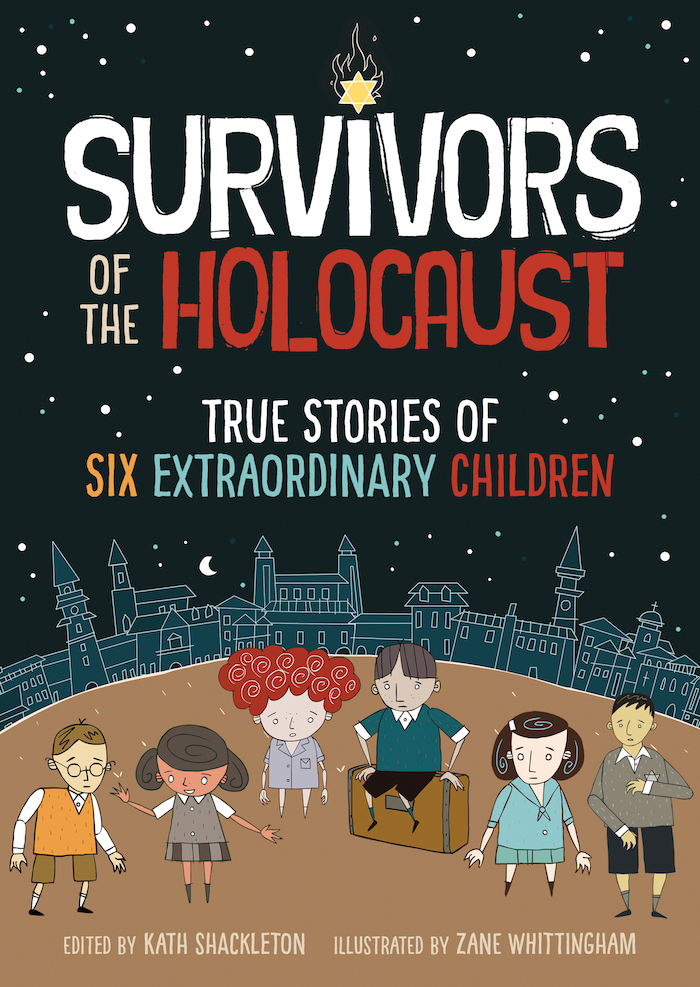 Six young Jewish children from all over Europe are able to escape by train and boat to Britain and come to reside in the city of Leeds. This book is the collection of their stories. Heinz who survived Kristallnacht in Nuremberg. Trude who felt so alone in foster care during the war and tried to find out what happened to her parents for years afterwards. Arek who survived living in several ghettos and even the horrors of Auschwitz. Six stories of some of the bravest children you will ever read about. It’s a testament to not only their endurance, but the people who helped them escape the Nazis.

The art is powerful in its focused attention to the inner heart of each child. Told through the literal story of the escapes, but also metaphorical symbols of their anxieties and pain. I found myself ruminating on these drawings for several minutes at a time. 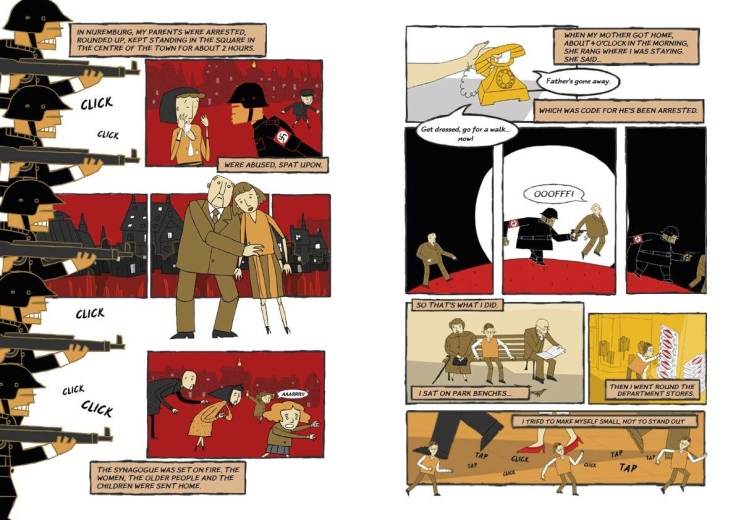 One can read a history book, but to dig beneath the statistics and the speeches to the individual stories is how one will really feel and know the panic and fears of war. There is a fascinating section at the end where each child is given an update that tells what they have done since the war. And there’s also a timeline of significant Holocaust dates in the back of the book.

I would recommend this to any reader from about 12 and up. A book that belongs in any middle or high school library.

3 thoughts on “Survivors of the Holocaust: True Stories of Six Extraordinary Children”