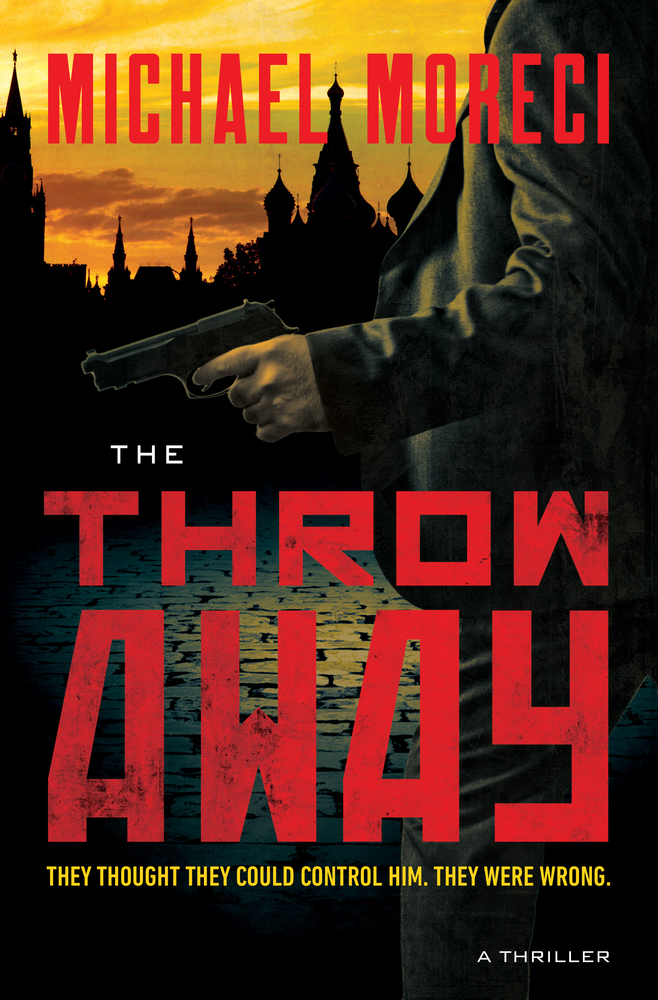 “Motives were amorphous, loyalty was nearly impossible and duplicity was everywhere”

Like the best Jason Stratham flicks, The Throwaway by Michael Moreci is a guilty pleasure of an action novel. Opening with a spy exchange at the Vienna Airport, Moreci puts you right in the action of the double-dealing world of espionage. The narrative quickly backtracks a couple days and introduces us to the main player in the exchange, Mark Strain. He is a DC lobbyist who is currently working on a software deal for the Pentagon. As a seasoned Beltway magician, he is attuned to the favors and the bribes and the favored bribes. But just when he believes he has the government contract wrapped up, he is bagged as a Russian spy. Mark and his newly pregnant wife may be caught in the midst of a larger web, a web that has caught Mark as a “Throwaway.”

Moreci’s writing excels in his action sequences, especially the finely detailed and viseral fighting scenes. He does well in creating a smooth transition from Mark as the skilled purveyor of DC chatter to the everyman stuck in the spy world. There were some unexplained cuts in the narrative that may have been filled with more explication, but it would have probably broken down the strong cadence of the story-telling.

Overall, The Throwaway had that “steal a couple of minutes to get an extra chapter in” quality for me. The chase for vindication, the Americans vs The Russians, the plight of the average Joe: all got me wanting to read more! This is a very good thriller that makes me excited to check out more of Modeci’s other work.

Thank you to NetGalley, Tor Books, and Forge Books for the advanced copy for review.

4 thoughts on “The Throwaway by Michael Moreci”