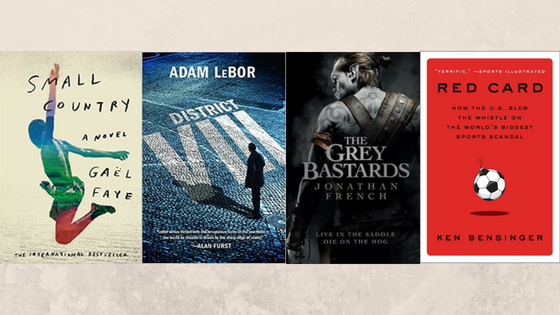 Here’s a list of June releases that I have had the opportunity to read and review. I highly recommend and give them all 5-stars. It’s an eclectic list, maybe something for everyone. As with my other lists, I will write a quick blurb and you can click on the title to get to my full review. Thanks for reading.

Comment below if you’ve read any of these, tell me what you thought of them!

A very well written novel about coming-of-age in the 1990s in the central African country of Burundi. With a white French father and a black Rwandan mother, Gaby feels stuck in the middle during a time of great strife in both his native country and his mother’s home.  It’s a short novel at just under 200 pages, but packs a powerful punch. 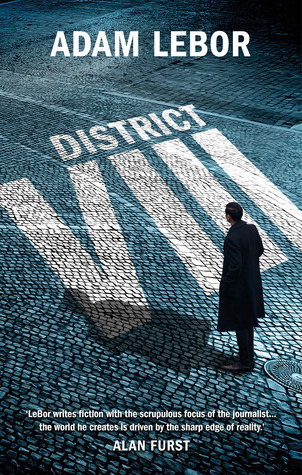 District VIII starts a new crime series set in Budapest, where it’s hard to tell the difference between the gangsters and the politicians. I haven’t read a lot about this part of the world and LeBor does a fantastic job describing the geography and the subcultures of the city.  When the death of a migrant is swept under the rug, Detective Balthazar Kovacs starts to dig and finds evidence of money changing hands and a cover-up that may reach all the way to the top. Kovacs is a intriguing new character who should propel this book into an entertaining series.

Red Card: How the US Blew the Whistle on the World’s Biggest Sports Scandal by Ken Bensinger:

This is the story of the unraveling of the 2015 FIFA scandal. Starting with a thread of wire transfers and ending with the takedown of the biggest names in the international soccer world, Red Card reads like the best conspiracy thrillers. All votes, from hosting major tournaments to sponsorship deals, were up for sale, and it took a bulldog of an FBI agent to get to the bottom of it. The case is making its way through the international courts and Bensinger is a good follow on Twitter to find out the latest news on the scandal.

The Grey Bastards by Jonathan French:

WOW. This one is fun. Half-Orcs riding huge hogs? Centaurs and wizards abound in this raucous and frequently dirty fantasy novel that provides action and plenty of laughs. A fun main character, power struggles and epic battles make this one a perfect start to French’s series. Gangs of half-orcs are in charge of protecting the kingdom’s border, but infighting and long-held secrets make it hard for them to stay on task. There is quite a buzz around this one, and The Grey Bastards deserves all of it.