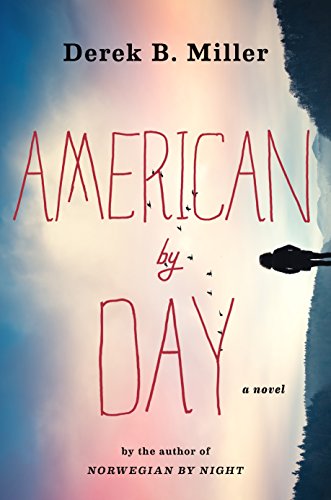 I will begin my review by saying that when I finished Derek B. Miller’s American by Day, I saw it more as a piece of fiction than a boxed-up mystery. A Norwegian cop travels to the United States to find her missing brother. Ok, fish-out-of-water tale where the Scandinavian is going to teach the Americans a thing or two about police work… somewhat yes, but in a lot of ways absolutely not. American by Day is a touchingly serious, yet amusing convergence of race, politics, truth, and love.

Recently exonerated in the shooting death of a subject, Sigrid travels a couple hours north of Oslo to see her father, only to find that his correspondence with his son Marcus has abruptly stopped. He wants his daughter to fly to upstate New York immediately. She arrives in Watertown, NY, discovers her brother’s African-American girlfriend has recently died under suspicious circumstances. Sigrid knows that her brother needs her help.

Miller’s main character values deduction and logic, and has an encyclopedic knowledge of criminal theory and police procedure. Her honed instinct is constantly tested by the shrewd theologian sheriff in Watertown. They trade barbs and philosophy about cultural differences and why Americans are the way we are… At first I thought some of these passages were heavy-handed, but after finishing the novel I see them as necessary. They are an exploration of race in American that was unavoidable especially in the context of the 2008 presidential election.

American by Day is an exceptional novel that also has elements of a mystery. That’s the best way I can put it. Like I stated before, this is not a book you can easily categorize or create simple expectations for. Miller takes on serious topics, yet keeps it light with his smart writing and wit.

Thank you to NetGalley, Houghton Mifflin Harcourt, and Derek B. Miller for the copy of this book to review.