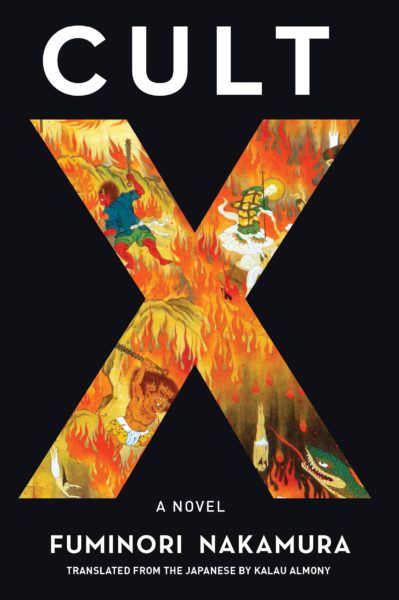 What starts as a man’s search for his girlfriend who he believes has been lost to a cult, quickly becomes a exploration of how these “religions” are started. He finds that there opposing groups that each have separate purposes. The reader is taken on the journey deeper into the worlds of the cults as the main character tries to find his friend. Nakamura tells this story through a 3rd person narrator, transcripts of the lectures from one of the gurus, and the diary entries.
I have read a lot about the Aum Shinrikyo cult (Underground: The Tokyo Gas Attack and the Japanese Psyche) and Charles Manson (Manson: The Life and Times of Charles Manson); this book gave a unique fictional portrayal of how these cults can thrive. Nakamura touches on several questions as the narrative unfolds: How does the leader manipulate and fill the perceived needs of his or her followers? What role does history, a society’s taboos and mores, and a person’s individual situation have in their search for personal and universal meaning?
Ultimately, this book is challenging. It’s dense and far from a pager-turner at times. It can be especially rough when going through the leader’s lectures that comment on formal religion, physicals, cellular biology, evolution, and many other topics. And a warning: there are several very graphic sexual scenes. This is not a book for a young person or one who is uncomfortable with reading content of that nature.