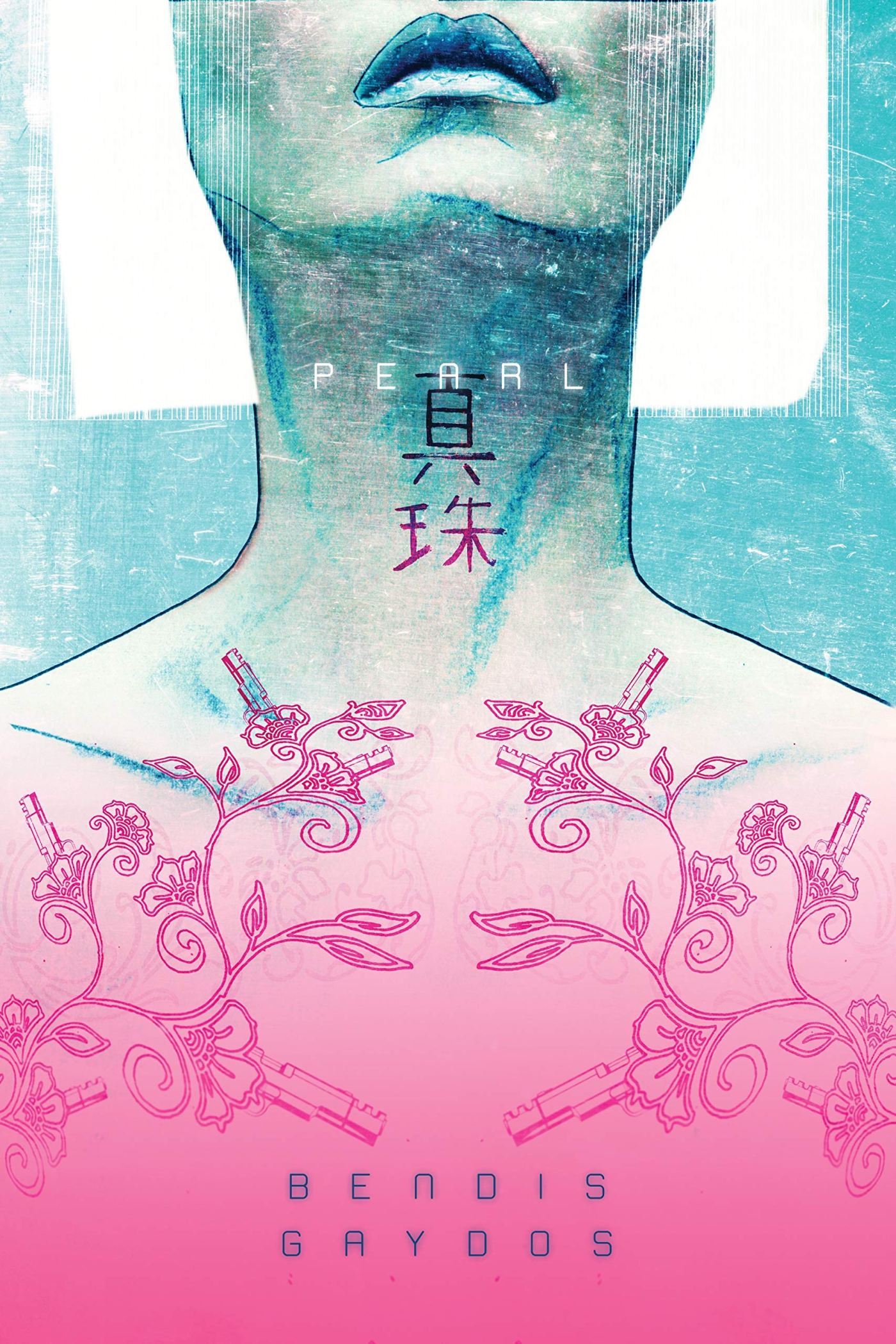 First of all… I will say that this is one of the most beautiful graphic novels I have ever read. The color blending, the tattoos, and the San Francisco underground setting combine to create an atmosphere that holds the characters in a very distinct and riveting place. Although I found the plot to be lacking at times, the artwork holds this title together.

Plot: An albino, yakuza-tied tattoo artist named Pearl is out with a friend one night when she meets her counterpart in another mafia family. He admires her body art and they flirt over street food. But, motorcycles race through the streets, shots ring out, and she is caught up in a hit. Her boss, Mr. Mike, calls on her to end the threat by ordering Pearl to take out several of the opposing gang’s men. Pearl turns into a hit-woman.

Character: Pearl is stuck in the midst of clan who hold protection rites over her business and her family. When her mother was killed and her father went to jail, she was left to fend for herself… Will she be able to keep her new budding relationship and complete her mission? Even though her counterpart is on the hit list?

Thoughts: As I said above, the artwork is stellar. The flashbacks drop hints of past conflicts and mysteries, but hold off on directly stating answers to the reader’s questions. The is the good part… the bad is that the story in the forefront doesn’t connect that well itself, and the Romeo and Juliet romance is just not fleshed out enough and happens so fast that it isn’t believable.

5 thoughts on “Pearl by Brian Michael Brandis and Michael Gaydos”