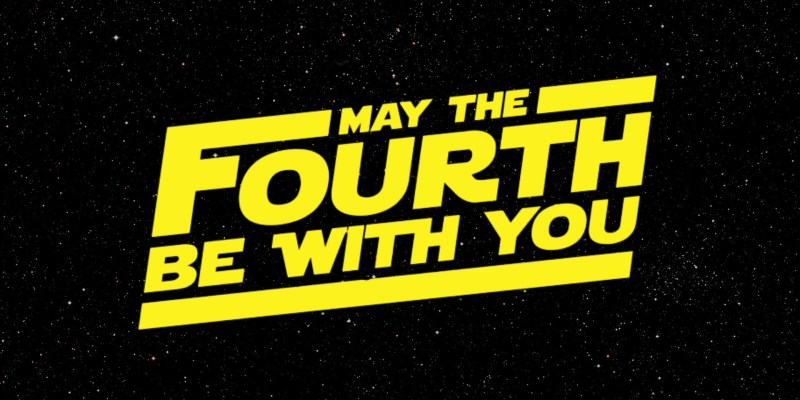 May the 4th. A day to celebrate all things Star Wars. And since this is a book blog, I’ve put together a list of Star Wars books I can recommend. I will forego the canon vs noncanon arguments that always flare up when someone makes a list like this. I don’t really care who shot first or if world hunger is minor compared to your hatred of the prequels. When I read a Star Wars book, I’m simply looking for a good story that takes place in my favorite universe. Instead of focusing on the old standards (the Thrawn trilogy, the X-Wing Series, etc), I’ve tried to point out some books people may have missed, but are solid reads.

Closer to the Core: 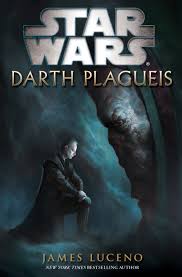 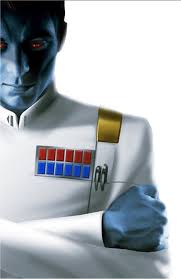 “Did you ever hear the tragedy of Darth Plagueis the wise…?” The is the story of Darth Sidious’s (the Emperor) apprenticeship to his master Darth Plagueis. This book tells the whole story of Sheev Palpatine political rise in the galactic senate and his ascent as a Dark Lord of the Sith. Luceno’s exploration into the Rule of Two and the interplay between master and apprentice make this an essential read for fans. I loved it!

One of the best characters in the history of the universe, and my favorite of the ones that never appeared in the films. No force sensitivity here, just cold, calculating logic. This book shares his origin and his rise in the ranks of the Empire military complex. This is an awesome introduction to the character and Zahn’s writing. 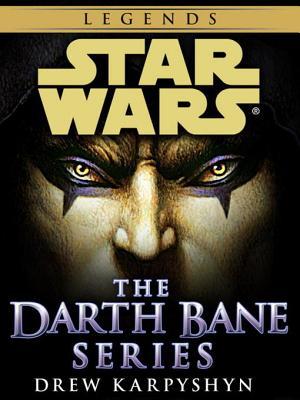 Set 1000 years before Lucas’s original films, Karpyshyn imagines the epic battles fought between the Sith and the Jedi. From a deep mine on a forgotten planet to the halls of the Sith Academy, Bane gains the knowledge to harness his power in the dark side of the force. A signature anti-hero in the Star Wars galaxy. This series is an excellent read.

Boots on the ground action from a unit during the Clone wars. Traviss is one of the best writers of Star Wars fiction, and her Commando Series proves it. As a Clone Trooper unit is thrown into mission after mission, the reader learns about their individual personalities and ultimately how they are able to carry out Order 66. The action-packed battle scenes and technical know-how are on point in this 5-book series. 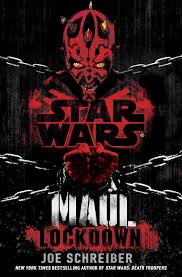 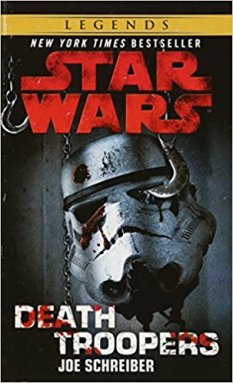 Not my favorite character in the first prequel, but this book does a lot to flesh him out. Prior to the events of The Phantom Menace, Maul is sent into a galactic prison by Plagueis and Sidious to take part in a blood sport whose prize is a weapon that would greatly help the Empire’s master plan. This is fun tangent off the main Star Wars plot line. A well-written quick read.

Schreiber has written several books in the Star Wars universe that don’t exactly fit the lightsaber/ x-wing box. They are great hybrids that combine several of my favorite genres… Death Troopers is a zombie/ space mystery. A rag tag team of survivors of a broken-down prison barge must try to figure out how to combat a horrible sickness.

A mystery wrapped in the Star Wars world. Han Solo makes a cameo in this story of a body guard tasked to protect a pop star. You also get a good dose of the Black Sun, a notorious crime syndicate that infects politics and smuggling from Coruscant to the Outer Rim. The story is fast-paced and has you guessing throughout.

YA/ Children’s Books that can be enjoyed by both young people and this 40-year-old: 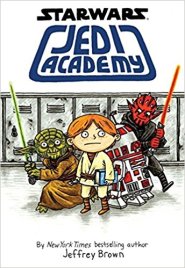 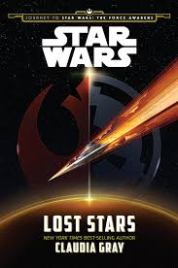 I love the character of Ahsoka from The Clone Wars. This book tells her story between her departure from the Jedi Academy and joining the rebellion with the Fulcrum crew in Rebels.  While trying to stay hidden from the Empire after Order 66, she gets pulled into a conflict on a distant planet. She must ask herself whether it’s time to recommit herself to the cause.

A series of light and funny graphic novels taking place in the Jedi Academy. Roan wanted to be a space pilot like his brother, but after being denied entrance, he has to settle with the Academy. Middle-school high jinks and awkwardness fill these great books.

Since I read this one a couple years ago, this is the book I most regularly recommend to people looking to read a Star Wars novel . Ciena Ree and Thane Kyrell grow up on the same planet, but their lives take very different paths. One is a Imperial officer and the other a Rebel pilot. They live through all the major events in the original trilogy. A perfect homage to the those great flicks. I loved it.

When happened to Jyn between Saw Guerrera rescuing her and the rebels breaking her out of prison. How did she become the soldier we meet during the bulk of Rogue One?  This one filled in a lot of the holes in Jyn’s story. If you’re a fan of Rogue One, this provides some needed depth.

How Star Wars Conquered the Universe: The Past, Present, and Future of a Multibillion Dollar Franchise. By Chris Taylor

The history of Star Wars from the creation of the characters, movies, and plots lines to the business of toys, books, and Disney.  A comprehensive look at all things Star Wars.  I enjoyed the business and numbers, just as much as Taylor’s bio of George Lucas.

A Couple New Ones I’ve Read This Year: 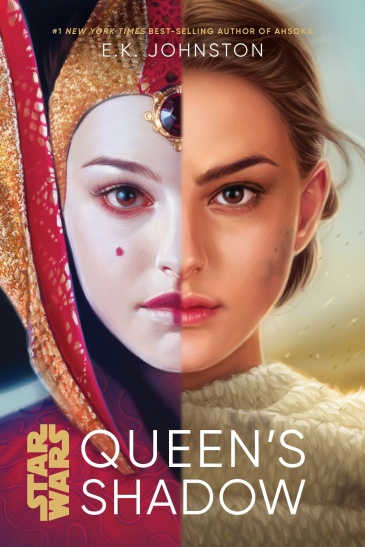 The mission is filled with palace intrigue, a great mystery to solve, and several unforeseeable twists. The Jedis have to wade through several moral ambiguities; they continually ask the questions: What is the true nature of the Jedi mission?

Side note: There’s one small bit about riding an animal and force-bonding that I found awesome.

Highly recommended for any Star Wars fan. This is an incredible work that looks at a place in the timeline not nearly explored enough. The prospect of “filling in the blanks” would be a hard task for any writer, but Gray does it with perfection in this novel.

If I had to categorize this novel, I would say it is mostly a character-driven piece that looks at shifting roles as one grows older and accepts different responsibilities. There is some great slight of hand as Padme’s entourage bands together to provide security and gather intelligence for the senator. There’s also some great detail about the culture of the Naboo in regards to dress and relationships. But what I enjoyed most about this one was shift it takes from the normal Star Wars novel. There are no light sabers or droid attacks (although R2 makes an appearance). This one focuses on the day-to-day business of accepting and using one’s power correctly.

This last point is also a negative in that there isn’t a great overarching conflict in this one. While it does feature some of the central characters of the universe, it seems like Johnson might have been hampered trying to write about a very slim part of the timeline. Palpatine and Organa are major players in the films, but nothing too crazy can happen with them in this book or to Padme because certain plot lines have to stay intact.

Recommended for diehard fans looking to get a little more insight Padme’s character.

What are some of your favorite Star Wars books?