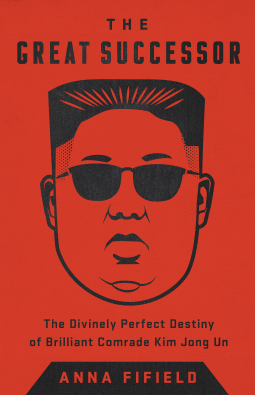 I have long had a fascination with the land north of the DMZ. I have read several true accounts of life in North Korea, including a couple books that I have reviewed on the blog, namely A River in Darkness: One Man’s Escape from North Korea by Masaji Ishikawa (Mini Review) and See You Again in Pyongyang: A Journey into Kim Jong Un’s North Korea. by Travis Jeppesen. And I’ve always been drawn to thrillers and D.B.John’s Star of the North is an excellent book that takes place in that country. Yet, Anna Fifield’s biography of Kim Jong Un is the best book I’ve read that truly encompasses the horrible steps that three generations of men have taken to control their people.

Using her own familiarity of the regime and interviews with many defectors and others with intimate knowledge of the ruling family, the author first tells the story of the initial leader of the country, Kim Il-Sung, then his son, Kim Jong-Il, and finally the succession of power to the current Supreme Leader, Kim Jong Un. From his seclusion from the public eye as a child to his schooling in Switzerland, Fifield’s characterization of The Great Successor is a complete look into the his paranoia and ineptitude.

The book focuses on three main factors of the power dynamic, how privilege and birthright combined to sell the position to the people, how that dominance continues to be held, and how Kim will be able to negotiate international politics. These three explorations enable the author to both use a top-down approach of examples of the leader’s propaganda and the people’s view of the grasp for power. There are fascinating anecdotes from within the circle of influence showing the eccentricities of Kim Jong Il and from the lowest peasants showing their desperation to gain a foothold in an economy that now depends on the black market to survive.

Even with her intimate knowledge, Fifield is able to distance herself from her subject and present an objective look at a man who has been endlessly caricatured. Especially in the places when Kim steps on the international stage with two Americans who have had their share of past dalliances, Dennis Rodman and Donald Trump.

I highly recommend this book to anyone looking to take a clear and absorbing look into The Hermit Kingdom and its enigmatic leader. What this book does the best is invest in the now… It is well-research and immediate.

Thank you to NetGalley, PublicAffairs Book, and the author for an advanced copy for review.